Anne Heche “Not Expected To Survive” After Severe Brain Injury From Car Crash, Will Be Taken Off Life Support
Read the full story
September 15, 2020 12:00pm 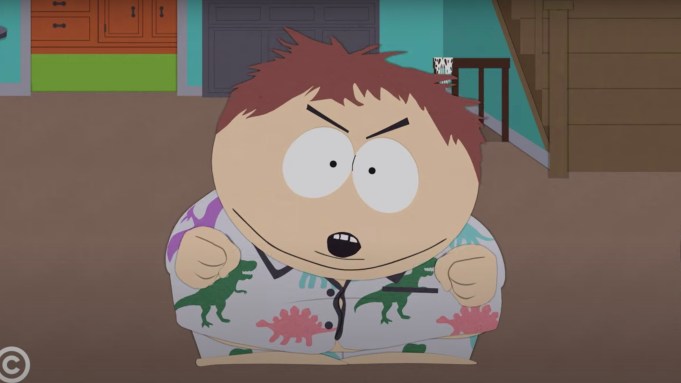 The supersized episode, as with all subsequent new episodes of the show’s 24th season, will be available on HBO Max 24 hours after the Comedy Central premiere.

“The Pandemic Special” finds Randy seizing on a growing pot market as he comes to terms with his role in the COVID-19 outbreak. Cartman, still in pajamas from remote learning, is none too thrilled about returning to the “slavery” of the school classroom where teachers seem to have been replaced by cops. Nothing, says Comedy Central, resembles the normal everyone once knew.

In the real world, HBO Max licensed South Park last year for a deal estimated at more than $500 million. The series has been renewed for three more seasons by Comedy Central, with HBO Max subscribers getting next-day access to new episodes – as well as the entire South Park library  – across internet-connected devices.