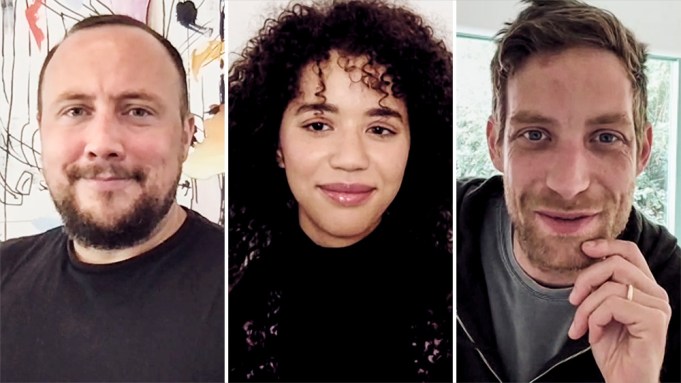 First-time feature director Alex Noyer is gearing up for the SXSW premiere of his music-driven slasher film, Sound Of Violence.

Before that, Noyer stopped by Deadline’s SXSW studio to speak on the film, which is based on his 2018 short, Conductor.  He was initially inspired by his 2015 documentary, 808.

“I made 808 about the TR-808 drum machine. It took over five years of my life so my drum machine obsession was full and what a better way to exert all that I was left with than to create a short where I would kill somebody with a drum machine. And that was just that. It was an idea to experiment using a musical instrument in a horror context.”

Jasmin Savoy Brown stars as Alexis, a young girl who recovers her hearing and gains synesthetic abilities during the brutal murder of her family. Finding solace in the sounds of bodily harm, as an adult, she pursues a career in music composing her masterpiece through gruesome murders.

“I love weird out of the box, different things,” Brown told Deadline. “I love that the script had a female and, as I was reading it, a queer black female lead cause that’s who I am. And I thought it so fascinating that that is this character and yet there are no stereotypes there… It was just a person who was uniquely complex and flawed and weird. And I loved that.”

Despite the sadistic actions of Alexis, Noyer hopes “that there’s a feeling that the strength of the character, albeit applied to gruesome ends, is still empowering and inspiring.”

Noyer and Brown were joined by co-star James Jagger who talked about how his character, Duke, is “this great sticking point and difficulty in the relationship with the lead character of the movie.” See the full interview above.

Ahead of its debut today, Sound Of Violence was acquired by Gravitas Ventures and will be released in theaters and on-demand on May 21.