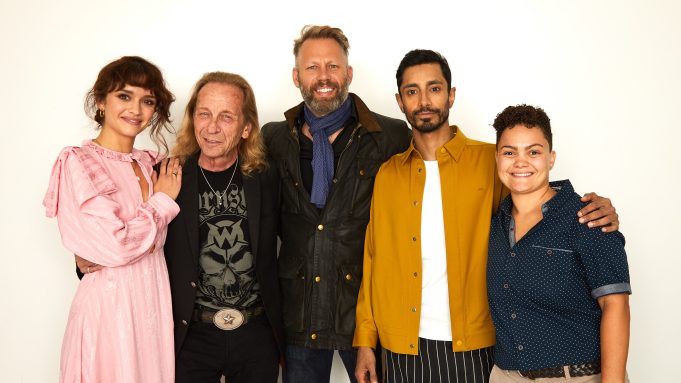 Making his directorial debut in the Platform competition, Darius Marder came to TIFF with Sound of Metal, an unusual and somewhat formally experimental drama starring Riz Ahmed as Ruben, the drummer with an alt-metal duo. After suddenly losing his hearing, Ruben has to rethink his future, both as a musician and partner to his bandmate Lou (fellow Brit Olivia Cooke). Although it begins in the music world, Marder’s film quickly expands, moving to a deaf community that takes in Ruben and teaches him the tools he needs to continue to be himself in a new world of silence.

The story was a long time in the telling, Marder told us when he stopped by the Deadline studio. “I was working on this hybrid documentary of a band made up of a man and a woman, and it was loud, and I got obsessed with this idea of sound and cinema expressed in a very emotional, intimate way. And I couldn’t let go of it.”

Ahmed was eager to jump onboard. “I read the script, and I loved it,” he recalled. “I thought it was amazing. Then I met Darius, and I thought he was insane—in the best possible way. I just realized that this is a really difficult film to make, and if it gets made, it’s going to be through the sheer force of will, and the force of nature, really, that is Darius. From the moment we met, we just really clicked, and it was a daunting challenge, acting-wise. But having gone on the journey of learning to play the drums, and spending time in the deaf community, and learning how to sign, it’s just been one of the most enriching experiences of my life.”

Joining the cast was first-timer Chelsea Lee, who plays Jenn, one of Ruben’s spirit guides in the deaf community. “It was really just by chance,” she recalled. “I went on an audition. I met Darius, we sat down, we had a meeting, we talked about the role of Jenn and her character and we felt like it was a good fit [with] my personality, my identity. I felt there were a lot of parallels between myself personally and Jenn. So, she’s really a big part of my life now. It’s important, I think, to represent different identities within the deaf community. You have the deaf community, but it’s not a monolith: you have so many different people, so many different identities. And really, it’s important for us in the film to represent the deaf community and the diversity in this film. It’s really been an honor.”

To find out more about Sound of Metal, click on the video.