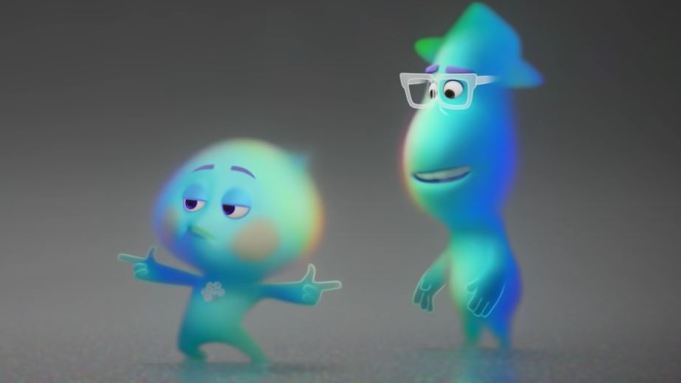 Disney and Pixar dropped the second official trailer for its upcoming Jamie Foxx-led animated title, Soul. The first clip since the Disney moved the film’s release date to Christmas Day due to COVID-19, the teaser starts by giving viewers a glimpse into the musical life of Joe Gardner.

“Music’s all I think about, from the moment I wake up in the morning to the moment I fall asleep at night,” Joe (Foxx) says as the noises of the daily commute serve as his personal soundtrack. “I was born to play, it’s my reason for living.”

But one wrong move and Joe finds his body-less self stuck in a realm of souls ready to move on. Panicked and sure that he’s not lived his full life yet, Joe’s soul jumps out of the queue and dives into the Great Before.

Joe’s journey to back to Earth starts in a place that’s neither heaven, hell nor purgatory, but instead the breeding ground for souls to-be. The pastel-tinted world is were new souls get their personalities and quirks before manifesting on Earth, explains a guide. While there, Joe meets the snarky, yet quick-witted 22, a new soul voiced by Tina Fey, who explains that the Great Before is nothing to worry about.

The trailer goes on to follow Joe and 22 as they reflect on the musician’s existence and define what makes a life worth living. Homesick for his home world, Joe enlists 22 to help him return to his family and friends. But as they take the leap back to Earth, more trouble awaits them as a soul-counter seeks to lasso the two back to the world of souls.

As Joe defines his raison d’etre over an inspiring score, the protagonist tells his companion that reasons to live can be found everywhere.

“Life is full of possibilities, you just need to know where to look,” he says.

Soul is set to stream exclusively on Disney+ starting December 25.

Watch the full trailer above.