How The Pieces Fit In CAA's Acquisition Of ICM Partners
Read the full story
November 10, 2020 11:15am
7Comments 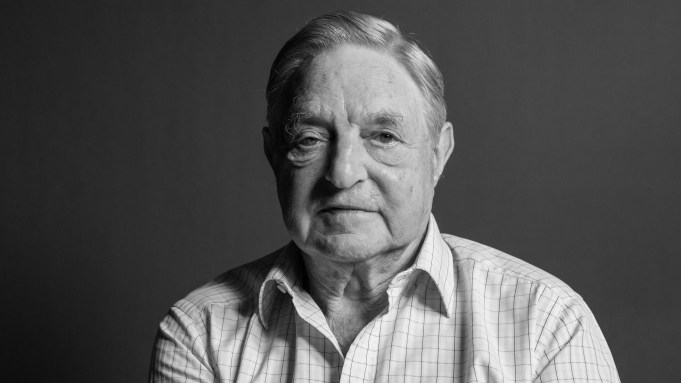 Demonized by the right, the billionaire activist provided Dylan with unprecedented access as he battles the global upsurge in authoritarianism. Dylan (Kicking & Screaming) follows Soros across the globe and charts his personal history, private wealth, and public activism.

The doc is produced by Priscilla Cohen (will.i.am: Yes We Can).

The official synopsis: “Billionaire activist George Soros is one of the most influential and controversial figures of our time. Famous for betting against the Bank of England in 1992 and making a billion dollars in one day, he is maligned by ideologues on both the left and the right for daring to tackle the world’s problems and putting his money behind his fight – from free elections and freedom of the press to civil rights for minorities…Soros reveals a complicated genius whose experience as a Jew during the Holocaust gave rise to a lifelong crusade against authoritarianism and hate.”

The film had its U.S. premiere at the Telluride Film Festival, and will get a live streaming premiere on November 18 on the film’s website followed by a release on Watch Now @ Home starting on November 20.