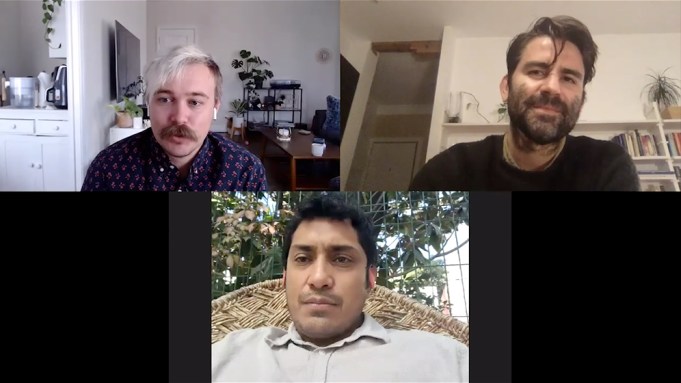 Debuting at the Sundance Film Festival, Son of Monarchs is the latest feature from writer/director Alexis Gambis to bridge his two professional worlds, embracing metaphors birthed in the world of science to explore both human identity and universal social issues.

A filmmaker and biologist, Gambis centers the loosely biographical drama on Mendel (Tenoch Huerta Mejía), a Mexican biologist living in New York who has a personal and professional fascination with butterflies. When a relative dies, the character journeys back to his hometown and goes through a transformation, as he wrestles with his identity, mortality and traumas from his past.

For Gambis, the film stepped in part from a continuing desire to explore the role of the scientist on screen, while specifically spotlighting immigrant scientists that are not often depicted. “I’ve always been interested in depicting scientists because I feel like scientists are artists, to some extent, and there’s some sense of capturing the scientists at work, and their creative process, that we don’t often see,” Gambis explained, in an appearance at Deadline’s Sundance Studio with Mejía. “We often see biopics and science fiction, but just the poetry and the musicality of being a scientist, and the creative process in that is something that I’m really interested in—and also, the idea of studying life in a laboratory.”

From Gambis’s perspective, the Monarch butterfly was a perfect symbol for this film, in that it spoke powerfully to these same narrative concerns, raising questions about cultural borders, and notions of identity that people use to differentiate, or separate themselves from other people. “I think an animal is a good way of grouping a lot of topics together because an animal can represent politics. The Monarch butterfly represents migration. It’s been used as a symbol for migrant rights because of the fact that Monarch butterflies migrate from Canada through the U.S., and arrive in Mexico,” the director said. “But it’s also an animal that we study in labs. It’s also related to the souls of the dead in Mexico. So, it encompassed all of these ideas.”

Also starring William Mapother, Son of Monarchs was honored today with Sundance’s Alfred P. Sloan Feature Film prize. Our full conversation with its director and star can be viewed by clicking on the video above.