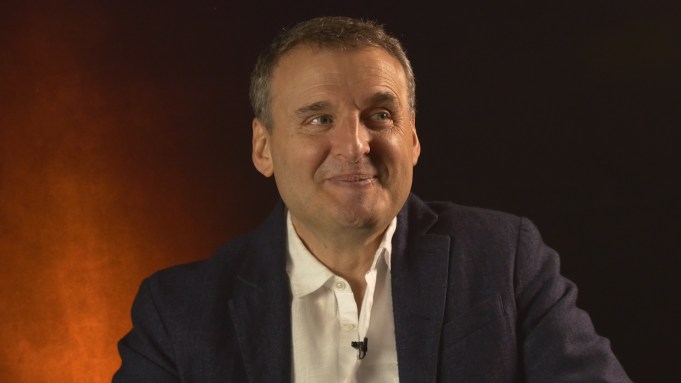 Phil Rosenthal is known as one of TV’s most successful writer-producers, especially after the nine-season run of Everybody Loves Raymond, the smash-hit CBS sitcom he created for Ray Romano. He even starred in and produced a hilarious documentary called Exporting Raymond, which followed him as he went to Russia to help them do a local version of the same show.

That experience inadvertently led to his current claim to fame as host of a series of food-related shows that essentially take your stomach traveling around the world. The first was the 2015 PBS series I’ll Have What Phil’s Having, but now he is about to launch a new season in July of his popular Netflix travel/food series Somebody Feed Phil. This is one that has taken him already across the globe in search of the perfect meal and could give all those TV top chefs a run for their pasta at the Emmys this year.

Rosenthal halted his globetrotting just long enough recently to stop by the Deadline studios to tape an edition of my video series Behind the Lens, which explores the minds and careers of some of our top talent in TV and movies. We chat about his newfound career on the road to his stomach, as well as why Raymond lives on as one of the most loved TV comedy series of all time. We also get into the current trend of reboots and explore the possibility of whether there might be more Everybody Loves Raymond down the road — or not.

Check out our conversation above. To watch past episodes of Behind the Lens, click here.