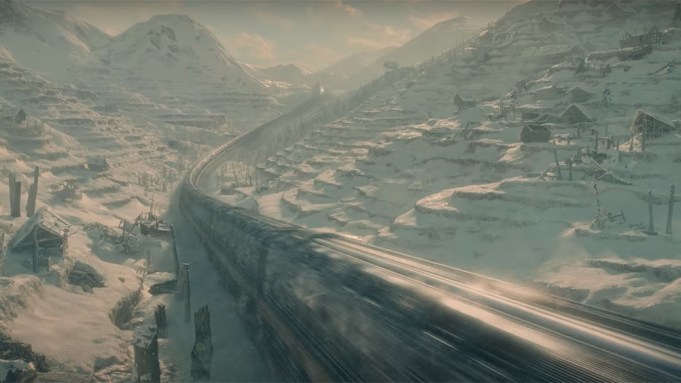 TNT has unveiled the trailer for the second season of drama series Snowpiercer.

At New York Comic Con in October, showrunner Graeme Manson noted that one of the key points about Season 2 is that it marks a shift in power between Melanie (Jennifer Connelly) and Andre (Daveed Diggs), with Layton taking up the responsibility of forging a new democracy. “Then, Wilford’s train arrives on the horizon, and Season 2 is this very timely examination of authoritarianism coming up against a fledgling democracy, and the difficulties of that,” the showrunner said. “It finds Melanie and Layton on the same foot, which [marks] the next chapter of this relationship. So, Season 2 offers a lot more, with the complication of Wilford, the terrible nemesis, and then Rowan’s character.”

Based on a 2013 film by Oscar winner Bong Joon-ho, Snowpiercer is set on an enormous train of the same name, which perpetually circles the globe, following an event that turned the world into a frozen wasteland. Addressing such timely topics as class warfare and social injustice, the post-apocalyptic, sci-fi thriller charts the journey of those few humans left alive, as they engage in a revolutionary struggle aboard the train.

At the end of season one, the survivors of the revolution are trying to pick up the pieces and maintain a fragile peace amongst the now merged classes with Layton (Daveed Diggs) emerging as the train’s leader. Discovering Mr. Wilford (Sean Bean) is alive and headed their way on a rival train, Melanie (Jennifer Connelly) risks going outside to prevent him from invading Snowpiercer. While she’s out there, it’s revealed that Alexandra (Rowan Blanchard), Melanie’s daughter, who she thought had died, is alive and has become Wilford’s dedicated protegee. In season two, an entirely new power struggle emerges, causing a dangerous rift as people are divided between their loyalty to Layton and to Mr. Wilford, who has a new train, new technology and a game plan that keeps everyone guessing. While Layton battles Wilford for the soul of Snowpiercer, Melanie leads the charge on a shocking new discovery that could change the fate of humanity.