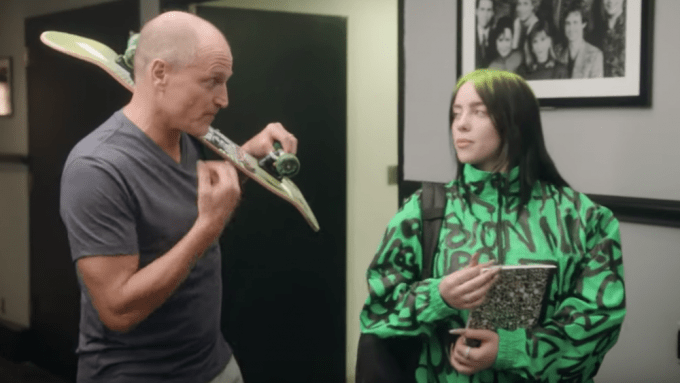 With the casting drama coming out of Saturday Night Live out of the way, the comedy sketch institution can now go on with the show with the premiere of their 45th season this weekend — and host Woody Harrelson is there to lead the way!

In a new promo, we see musical guest Billie Eilish a little nervous on her first day on the set of SNL. She runs into Harrelson who gives her a tour of the place as if its her first day of high school. He gets Kenan Thompson’s name wrong (calls him Jason…and then Conan) before they run into Colin Jost and Michael Che who attempt to bully Eilish and fail. They also run into Melissa Villaseñor who is upset that she won’t be able to audition for host or musical guest.