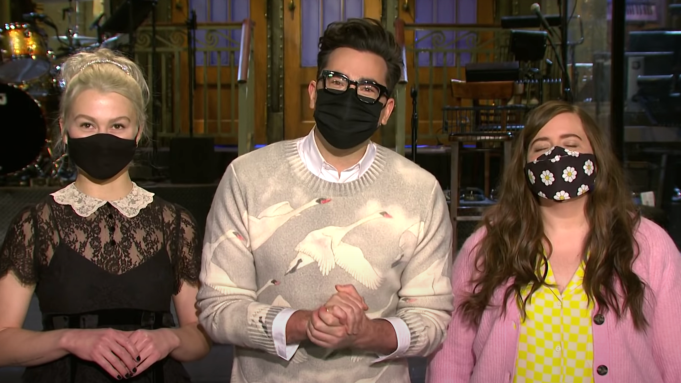 In the first promos for this week’s episode, an enthusiastic Levy appears with cast member Aidy Bryant and musical guest Phoebe Bridgers and promises a “big commitment” to being funny. Prodded by Bryant, Bridgers exhibits her usual dry humor and won’t commit to her songs being funny.

Levy is, of course, good at being funny. He was the emperor of the 2020 Emmys, becoming the first to win a Primetime Emmy in all four major disciplines in a single year. He’s also a scion of sketch comedy royalty. His father (and Schitt’s Creek costar) is the great Eugene Levy, who spent eight years on SCTV. No pressure.

The second of the brief promos sees Levy asking Bridgers to write a song about him. When she balks, Bryant is there to sing his praises.