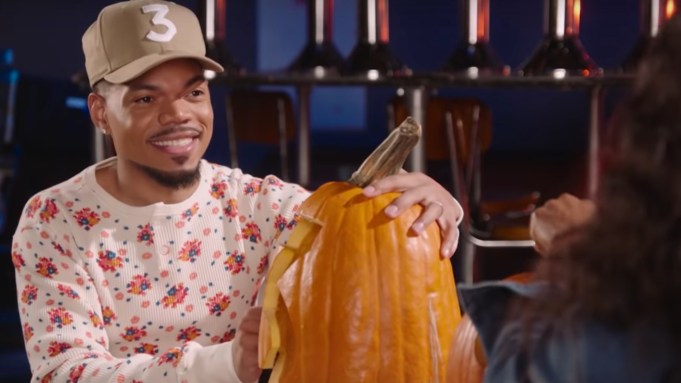 Chance the Rapper, pulling double duty as this weekend’s host and musical guest of NBC’s Saturday Night Live Halloween episode, gets into the spirit of the season in the show’s latest promo: a pumpkin-carving contest with SNL‘s Ego Nwodim.

“A little sloppy,” Nwodim says about Chance’s first entry in the carve off, setting into motion a jack-o-lantern art escalation. Jennifer Aniston makes an appearance – sort of – and the second-time host goes all in with a big bite of pumpkin innards before the contest reaches pay off.

SNL regular Kyle Mooney stops by, too. No other spoilers though.

Earlier today, he tweeted an SNL greeting video, co-starring with himself…and himself.