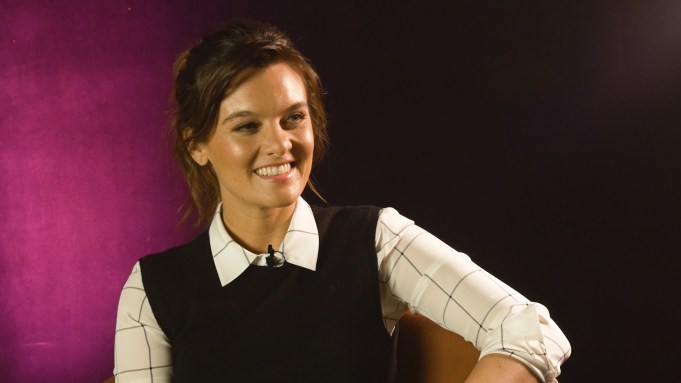 “I feel that it is so similar – the process of being a single mom with a young child and creating and running a TV show – there is almost no difference,” SMILF creator, showrunner and star Frankie Shaw says in the first installment of Deadline’s second season of Next Generation TV. “You are thinking about the show and the stories at every moment of the day, even when you are not thinking about it,” adds the Golden Globe nominee.

Based on Shaw’s 2015 Sundance Film Festival short film jury-award winner, SMILF debuted in November with some of the best comedy numbers Showtime has seen in years. Co-starring a top-notch Rosie O’Donnell and Connie Britton, the Boston-based series shines an honest spotlight on the struggles, successes, sexual abuse and sensibilities of Bridgette, the twentysomething single mom portrayed by Shaw.

It is a spotlight you can’t look away from, even when it goes to some dark places. That is why SMILF was one of my Top 10 New Shows of 2017. On November 29 last year, Showtime renewed SMILF for a well-deserved second season, which is expected to premiere later this year or in early 2019.

“So this season is let’s take all the risks and let’s be as ambitious as we can,” Shaw says about the aim of Season 2, now in the writing phase. “We’re just going deeper in the areas that we started with in Season 1, but now you guys know the characters, you know the world, so we’re experimenting a little bit more, taking more risks.”

Not that Season 1 wasn’t full of risks – and I don’t just mean that title that made more than a few people uncomfortable. In her focus on Bridgette, O’Donnell’s mother character and others, Shaw turned to some harsh economic, social, racial and psychological realities – including the sexual abuse of children.

“It is one of the hardest things for people to talk about openly because of the history of shame and stigma, and …the self-blame and the fact that women forever and men were not believed,” the Mr. Robot alum says of the topic and her approach to it. “One of the things I was talking about with the network and with the writers is that it’s showing the darkest parts of humanity, especially childhood abuse, childhood sexual abuse. So, it was important that we made it OK for the audience to laugh with us and to feel with us.”

Check out our full interview above.