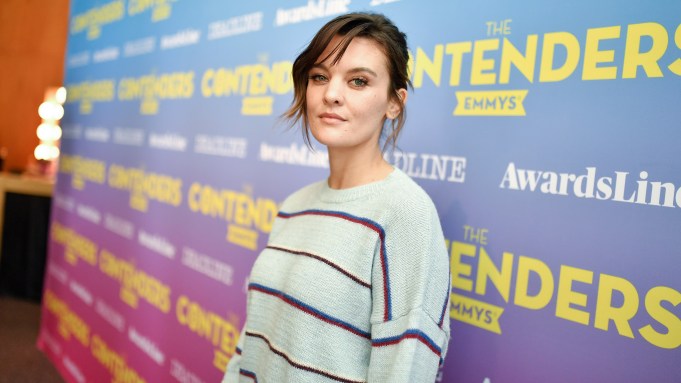 Taking a break from writing the second season of Showtime’s SMILF, creator-star Frankie Shaw appeared at Deadline’s The Contenders Emmys event to tease where the series is heading. “Season 1 was sort of setting the tone and the stage, that we can go into absurdity, and that we’re dealing with topics such as mental illness and sexual violence,” she told the packed crowd at the DGA Theater. “This season, it gets weirder and darker. We’re dealing with identity, and the masks we wear, and how we present ourselves to the world.”

Loosely based on Shaw’s own experiences as an actress doubling as a single mom, SMILF began its life as a Sundance Jury Prize-winning short. But as the actress explained to moderator Michael Ausiello of TVLine, a SMILF series was always the end goal.

“I’d written a pilot because I wanted to try to get staffed on a writing staff, and then I ended up shooting a scene from that pilot, and that became the proof of concept…when I went to pitch the show,” Shaw said. Moving forward with a short film version of her project that drew heat out of Park City, she was able to realize her ambition.

During the panel, Shaw was asked to single out her favorite hat of the many she wears on her series as its creator, writer, director and star. “I love directing,” she said. “You know the ‘flow state’ athletes talk about? That’s where I feel like all the anxiety goes away, when I’m right in the moment.”

Shaw also discussed Rosie O’Donnell’s powerful, raw performance as Tutu—the mentally ill mother of Shaw’s single mother Bridgette—and the biggest differences between herself and her SMILF character. “Bridgette has to be the butt of the joke in order for us to explore certain issues and topics that we want to in each episode, so we get to make fun of her maybe more than I would make fun of myself, or want other people to make fun of me,” Shaw admitted. “She’s struggling with so many issues. I feel like maybe at one point, I had struggled to a degree like she does, but we really push her even further.”