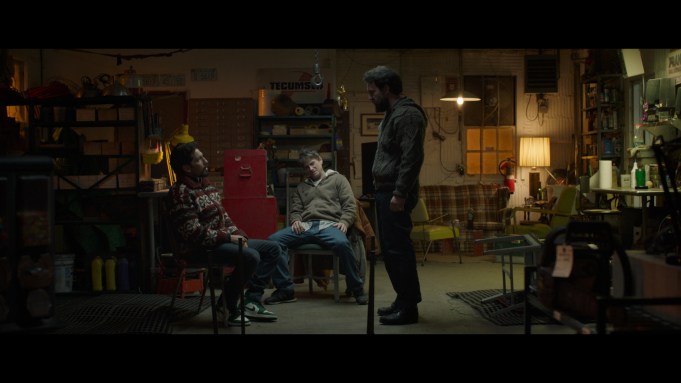 EXCLUSIVE: Small Engine Repair, the independent film adaptation of the John Pollono play, has been set by Vertical Entertainment for release on September 10. Vertical has released the first trailer for what is best described as a study in brotherhood and toxic masculinity. The film was scripted and directed by Pollono, and he stars alongside Jon Bernthal, Shea Whigham, Jordana Spiro, Ciara Bravo and Spencer House  in a black comedy that takes a dark dramatic turn.

Frankie (Pollono), Swaino (Bernthal) and Packie (Wigham) are lifelong friends who share a love of the Red Sox, rowdy bars and Frankie’s teenaged daughter Crystal (Bravo). But when Frankie invites his pals to a whiskey-fueled evening and asks them to do a favor on behalf of the brash young woman they all adore, events spin wildly out of control. I wrote about the film after it was set for an SXSW premiere slot in the Narrative Spotlight section last year. Only to see the live festival canceled due to Covid. The film is a decade in the making, and quite good. The play launched in 2011 as an underground effort that grew in popularity and acclaim. Finally, the movie adaptation gets its chance to find an audience.