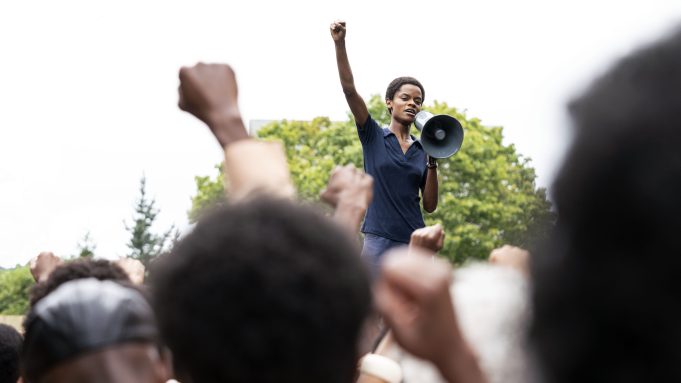 The trailer focuses on Mangrove, one of five self-contained episodes in McQueen’s series, which tells the story of the protest and how it led to the arrest of nine innocent Black women and men, and exposed racial hatred within the Metropolitan Police. It is co-written by McQueen and Alastair Siddons.

12 Years A Slave helmer McQueen said: “Sunday, August 9th, is 50 years since the Mangrove March, which led to nine innocent Black women and men being arrested. It was a march necessitated by relentless police brutality in Notting Hill.

“To commemorate the bravery of these community activists and the nine who went on to be acquitted of incitement to riot with the judge citing “evidence of racial hatred,” I am sharing the trailer of Mangrove, one of five films to be released under the banner Small Axe.”

Mangrove, along with a second Small Axe story, Lovers Rock, were selected as part of the Cannes Film Festival lineup in June, with McQueen dedicating the films to George Floyd and “all the other black people that have been murdered, seen or unseen, because of who they are.”

The other three films are titled Alex Wheatle, Education and Red, White And Blue, the latter of which stars John Boyega as Leroy Logan, a real-life Metropolitan Police officer who wanted to change the force from within after he saw his father assaulted by two policemen. Deadline revealed a first-look at Red, White And Blue on Monday.