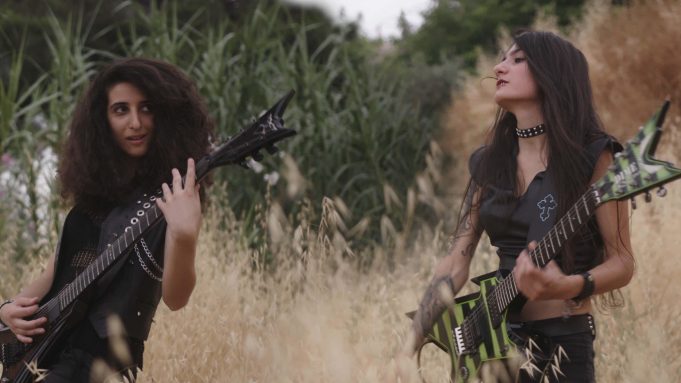 EXCLUSIVE: Deadline has the first clip from Sirens, the first feature from Natasha Lyonne and Maya Rudolph’s Animal Pictures which will make its world premiere at Sundance in World Cinema Documentary competition on January 23. The film directed by Rita Baghdadi follows members of the Middle East’s first all-female metal band, Slave to Sirens, as they wrestle with friendship, sexuality and destruction in their pursuit of becoming thrash metal rock stars.

On the outskirts of Beirut, Lilas and her bandmates Shery, Maya, Alma and Tatyana have big dreams but few opportunities. When the band’s appearance at a UK music festival isn’t the life-changer they had hoped for, Lilas comes home to Lebanon on the brink of collapse. At the same time, her complicated friendship with fellow guitarist Shery starts to fracture. The future of her band, her country and her dreams now all at stake, Lilas faces a crossroad. She must decide what kind of leader she will be, not only for her band, but also as a young woman struggling to define herself in Lebanon, a region of the Middle East as complex as each of the Sirens themselves.

XTR is a production company founded by Bryn Mooser in 2019 which has recently backed such titles as Homeroom, Faya Dayi and Ascension, the latter two of which made this year’s Oscar shortlist for Documentary Feature. Past releases from the company include Mucho Mucho Amor: The Legend of Walter Mercado, Bloody Nose, Empty Pockets, The Fight, 76 Days and Ailey.

Check out the clip from Sirens above.