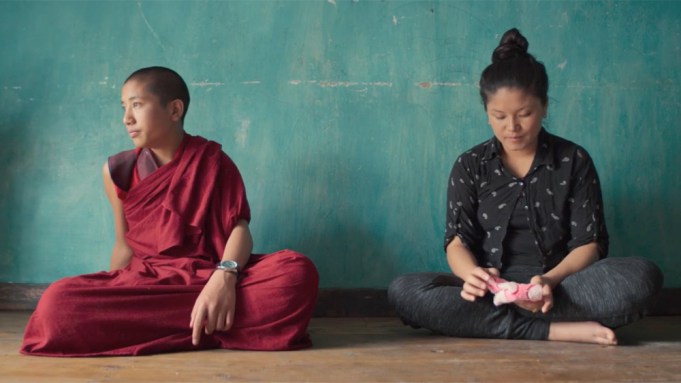 EXCLUSIVE: Online dating has been a staple in Western culture since the inception of Match.com, but in a monastery deep in the mountains of Bhutan the internet is being introduced for the first time and in the Thomas Balmes-directed documentary Sing Me A Song, we follow one teenage monk’s relationship with this whole new world — specifically online dating.

The docu from Participant Media, which premieres at the Toronto International Film Festival, follow Peyangki (eight years after being featured in Balmes’ Happiness) as he experiences the brave new world of technology and smartphones as it lures him away from the ancient practices of monastery life. The new integration of this new discovery of communication leads to an unlikely romance.

In the exclusive clip above we see Peyangki meet his online girlfriend for the first time. After watching, you will realize that online dating is awkward no matter what your culture is or where you are in the world.

Sing Me a Song also features Ugyen Pelden, Pemba Dorji, Choney Pelden and Bidha. It is produced by Balmes, Jeff Skoll, Diane Weyermann, Thomas Kufus, Joëlle Bertossa, Flavia Zanon and Jill Coulon. The film is repped for sales by Submarine. It will premiere at TIFF on September 7 at 4 pm at Scotiabank 14.