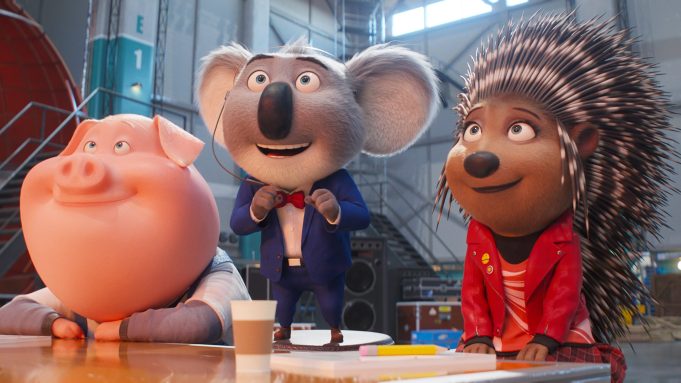 Universal Pictures and Illumination Entertainment have unveiled the official trailer for Sing 2, which hits theaters on December 22.

As the second chapter in the musical comedy franchise kicks off, koala Buster Moon (Matthew McConaughey) and his all-star cast of performers have turned their New Moon Theater into a local hit. But Buster has his eyes on a much bigger prize: Debuting a new show at the the Crystal Tower Theater in glamorous Redshore City.

In order to make that happen, he’ll have to get a sign-off from Crystal Entertainment’s ruthless mogul wolf, Jimmy Crystal (Bobby Cannavale). In a desperate attempt to do so, Buster tells Crystal that the show will feature a performance by a rock legend, lion Clay Calloway (Bono). The truth is, though, that Buster has never met Clay, who long ago shut himself away from the world, after the loss of his wife.

Thus, Buster sets off on an adventure, the goal being to find the performer, and to convince him to return to the stage.

Sing 2 is written and directed by Garth Jennings, who helmed the original. Pic is produced by Illumination founder and CEO Chris Meledandri and Janet Healy.

The original Sing debuted in December of 2016, grossing $634 million worldwide.

Check out the official trailer for the sequel above.