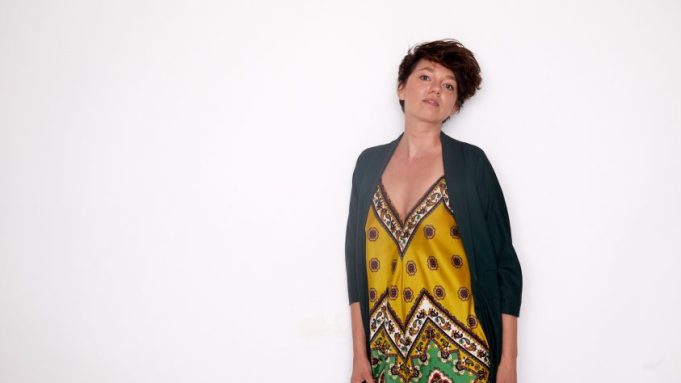 Poland’s National Film School in Lodz has produced some extraordinary talents, including directors Roman Polanski, Krzysztof Kieślowski, and Andrzej Wajda. The next great filmmaker to emerge from the school may be Agą Woszczyńska.

“I’m really honored to be here,” Woszczyńska said when she came by Deadline’s TIFF Studio in Toronto. “I’m even more honored because we managed to shoot this film between three countries in six languages in the middle of the pandemic. I’m really happy that we made it, actually.”

Silent Land expands Woszczyńska’s award-winning short film, Fragments, telling the story of a monied and attractive young Polish couple vacationing on an idyllic Italian island. The secluded villa they rent boasts a lovely view of the sea, but one of its purported amenities is lacking.

“They wanted the house with a pool that they could swim in,” Woszczyńska explained, “but the pool is broken.”

The privileged Adam (Dobromir Dymecki) and Anna (Agnieszka Zulewska) insist on the pool being repaired. The villa’s owner dispatches Rahim, an apparently undocumented Arab immigrant, to do the job. Something about the presence of the young Rahim, who cannot communicate with the couple because of a language barrier, disturbs the exterior tranquility of Adam and Anna. Then an accident occurs, necessitating a police investigation.

Woszczyńska initially worked on the script a number of years ago when the Italian island of Lampedusa became a central collection point for tens of thousands of refugees from North Africa and the Middle East attempting the dangerous sea crossing to mainland Europe.

“It was the moment when the biggest amount of immigrants were trying desperately to enter Italy,” the director said. “Silent Land, it’s not only about Italy. It’s about [the] whole Europe and whole world actually… I wanted to show the feeling of guilt of Europe… closing our eyes and our borders.”

Click on the video above to hear more from Woszczyńska, including how she chose her stars, and why the film contains no music soundtrack.