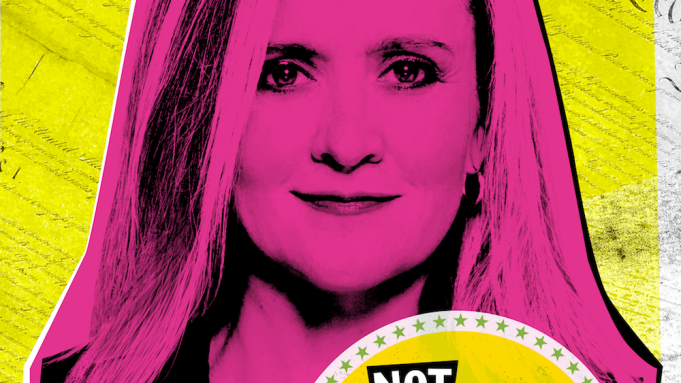 “I can’t cover another presidential election!” Bee wails.”There are too many candidates! Eighteen, 19, 30 – Nate Silver is going to f*ck us again!”

Argues Weaver, “I know it’s bad down there. It’s vile, appalling, a kick in the tit. You have to this is the job. You have to host a dinner. It’s the most important thing there is!… Chuck Todd hasn’t been able to trim his goatee in months! And don’t you want to see how jacked Chris Cuomo is now?”

“Journalists have one of the most difficult jobs today and you have to go down there and tell them how important their jobs are.”

“TBS needs me!” Bee realizes. Weaver throws cold water on that idea, reminding her “They still have The Big Bang Theory.”