Continue to Deadline SKIP AD
You will be redirected back to your article in seconds
Skip to main content
September 14, 2020 4:43pm
1Comments 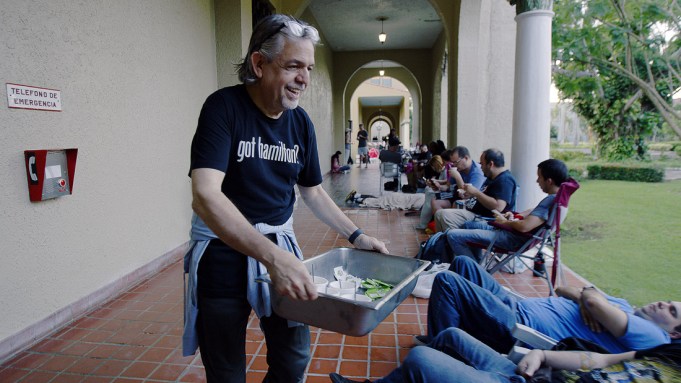 American audiences have come to love and praise Lin-Manuel Miranda for his range of works Hamilton and Moana, but come October they can meet his father Luis Miranda.

The trailer for HBO’s new documentary Siempre, Luis sees the Broadway star’s father in the doctor’s office nearly a year after a heart attack brought his advocacy efforts to a halt. Since then he’s continued to raise funds and provide resources for Puerto Rico and advocate for Latino representation in politics.

“That’s pretty Luis Miranda, his relentlessness to keep going,” Lin-Manuel says. “That’s what I keyed in on. When I was playing Hamilton, I was just playing my father.”

The teaser for Simpre, Luis, which premiered at the 2020 Sundance Film Festival, follows the Puerto Rico native’s journey from the U.S. territory to the administration of former New York Mayor Ed Koch and onward.

In between clips of his upbringing, the trailer for the John James-directed documentary features Luis meeting with Hilary Clinton and Nancy Pelosi to push for more Latino representation in government. The clip also sees Miranda’s efforts to rebuild Puerto Rico after Hurricanes Irma and Maria.

“Doing everything we can becomes the job,” he says. “Together we cannot be stopped.