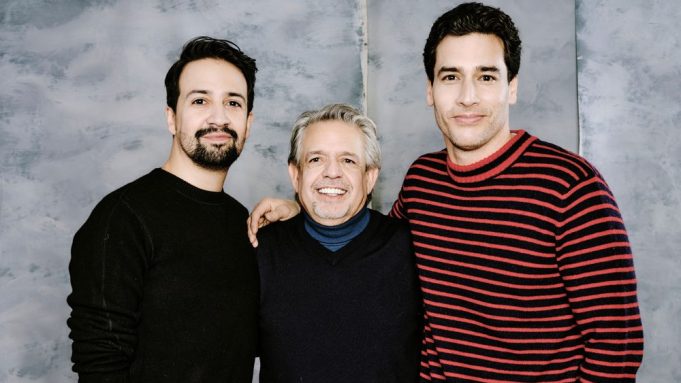 Siempre, Luis director John James first worked with the documentary’s subject Luis Miranda in 2008 at a political consulting firm and they bonded over their shared Puerto Rican heritage, but more than that, he was struck by how bright he was and the work he did.

“I was really influenced by his hegira — his Puerto Rican migration, said James, ading that Luis Miranda left Puerto Rico at 18, he’s worked at Sears then eventually left a good job, wife and family to come to New York and build a new life. It is here where he ran Chuck Schumer’s campaign for Senate — and won. He also ran Hillary Clinton’s campaign for New York Senate — and won that as well. He began to make a name for himself and James followed him around with a camera while doing it.

“I come from the world of politics where if I’m on camera, something is going very wrong with my candidate…so that is not the comfortable spot for me,” admitted Luis Miranda with a smile. He continued, “To be the subject of the documentary was challenging — but it’s also like a narcissistic dream.”

James’s documentary follows Luis Miranda’s journey as an influential representation of the Latinx community and as he lands a position in New York City mayor Ed Koch’s administration as the director of Hispanic affairs. Following the devastation of Hurricane Maria, he helps plan relief efforts and, to raise money and awareness, manages the logistics behind bringing his son Lin-Manuel Miranda’s award-winning production of Hamilton to the island.

“I tell people, I’m like the mellowest member of my family — no one believes me,” said Lin-Manuel Miranda. He continues to say that once people see this movie, they’ll get a deeper understanding of him and his family — and his Tony-winning musical Hamilton.

“When I was playing Alexander Hamilton on Broadway, I was just playing the dad,” he tells Deadline. “The relentlessness is what I understood about Hamilton — someone who could not sit in the park for a day and hang out. I think the movie captures that really well….and also captures [my father’s] incredible loyalty and how he really always sort of puts family first.”