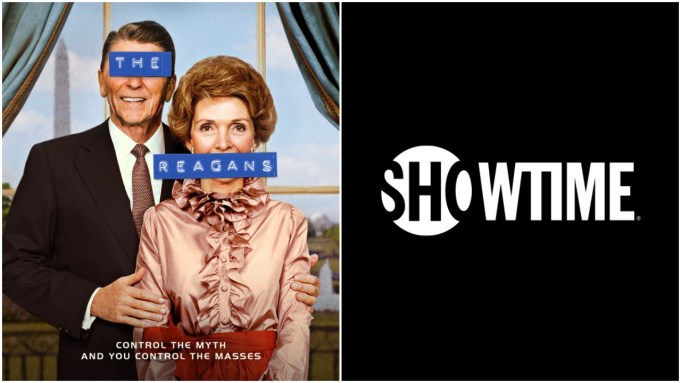 Hours before the final Presidential debate, Showtime has unveiled a trailer for its next political documentary.

The premium cable network has released the first look at The Reagans, directed by Where’s My Roy Cohn? and Studio 54 director Matt Tyrnauer.

The four-part series, which launches on November 15, contextualizes the legacy of Ronald and Nancy while exploring the palace intrigue of the Reagan White House years.

The Reagans features never-before-seen material and interviews with the couple’s family and friends including Ronald Reagan Jr., and explores the mark that the actor-turned-President had on society, the nation and the world. It analyzes how their impact resonates with the conservative movement of today and explores his quest for power, his mode of governing, the ripple effects of his economic policies and the unprecedented role Nancy Reagan played in the White House.

It also looks at his questionable record on race, the administration’s near collapse amid the Iran-Contra scandal, and inaction in the face of the HIV pandemic.

The Reagans is produced by Altimeter Films. It is exec produced by Tyrnauer, Corey Reeser and Stephen J. Morrison.