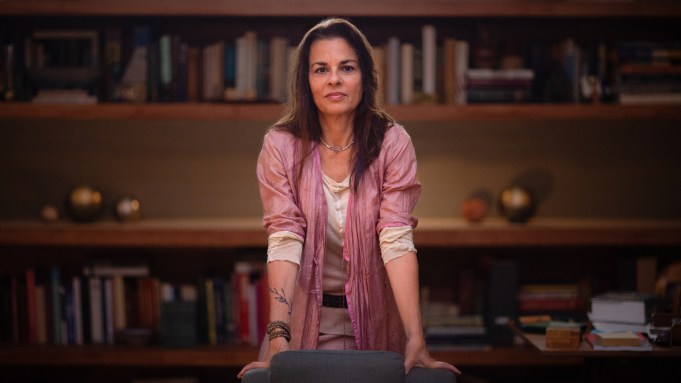 “People come in and what they’re gonna ask me to do is help them change their partner,” says Dr. Orna Guralnik in the season 2 trailer of Showtime’s docuseries Couples Therapy.
“But that’s not the work of Couples Therapy,” she adds.
During TCAs’ winter tour today, Showtime announced that Couples Therapy is coming back on April 18 with the first two episodes airing back-to-back at 10PM and 10:30PM ET/PT. New episodes will air back-to-back on Sunday nights for four weeks with the finale airing on May 16 at 10PM ET/PT. The entire season will also release for on-demand streaming on Showtime and across all Showtime partner platforms on April 18.
Couples Therapy takes the viewer inside the sessions of world-class therapist Guralnik as she gets people to dialogue about their differences, sympathize and make peace; while revealing real-life struggles and breakthroughs. The docuseries chronicles eight months of Guralnik’s therapy sessions.
The second season features three entirely new couples working through intense conflicts: a single mother’s unplanned pregnancy forces her to examine if the father is actually the man she wants to be with, a woman confronts her husband for failing to deliver the life she wants, and the raw trauma of near-fatal alcoholism reveals unexpected consequences for a young gay couple. The season also sheds an intimate light on at-home confinement after last year’s COVID-19 shutdown, forcing every couple – and Guralnik herself – to examine profound changes within their daily lives.
Couples Therapy is produced by Edgeline Films for Showtime and directed by Kim Roberts and Josh Kriegman. Kriegman, Elyse Steinberg and Eli Despres serve as EPs.