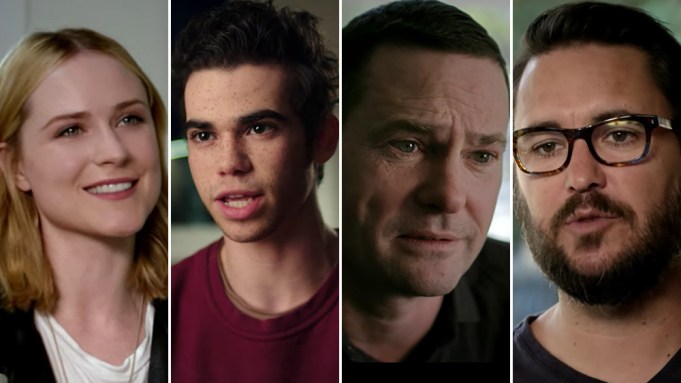 “The life of a child was not my life,” the late Diana Serra Cary, aka Baby Peggy, says in the first trailer for HBO documentary Showbiz Kids.

That sentiment is echoed by a number of former “child stars” profiled in the pic that premieres next month. Recalls Evan Rachel Wood, “Any industry that has that much power and is that competitive starts to become, ‘Well, who can take the most abuse?”

She is among a number of actors who got an early start in the business and are profiled in the docu from Alex Winter, who started on Broadway at age 10. Others interviewed for the project include Jada Pinkett Smith, Milla Jovovich, Wil Wheaton, Henry Thomas, Mara Wilson, Todd Bridges and the late Cameron Boyce.

The film also follows two aspiring young hopefuls: Demi Singleton, an up-and-coming teenage performer looking to book her next big Broadway show, and Marc Slater, a young unknown from Florida who moved to Los Angeles with his mother for pilot season.

The official logline for the pic that also features film footage, behind-the-scenes clips, and rare audition tapes: Showbiz Kids peels back Hollywood’s velvet curtain, shining a spotlight on the glamour and allure of working in the entertainment industry while also affording a sobering window on the tolls that early success can take on young professionals.