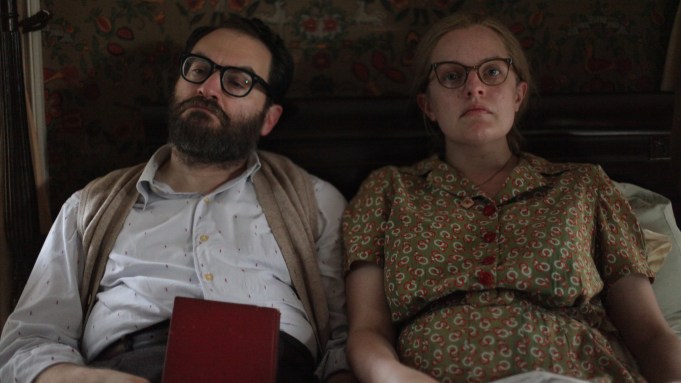 Neon, fresh off riding Parasite‘s awards-season run that ended with the Best Picture Oscar, has taken the wraps off the trailer for Shirley, its Sundance Film Festival pickup that stars Elisabeth Moss and Michael Stuhlbarg. It hits VOD and digital on June 5.

The Josephine Decker-directed thriller, which won the U.S. Dramatic Special Jury Award for Auteur Filmmaking in Park City, is set in the mid-1960s and centers on Rose (Odessa Young) and Fred (Logan Lerman), a couple that moves to a small Vermont college town in pursuit of a job for Fred as an assistant professor of literature. They receive an offer for free room and board from professor Stanley Hyman (Stuhlbarg), as long as Rose agrees to spend time cleaning up the home and looking after his wife, acclaimed horror author Shirley Jackson (Moss). The ensuing psycho-drama becomes the inspiration for Jackson’s next work.

Sarah Gubbins penned the script for the film, based on Susan Scarf Merrell’s 2015 novel. Neon acquired the pic for low-seven figures as part of a Park City spree that saw Neon it prebuy the Saoirse Ronan-Kate Winslet drama Ammonite, and team with Hulu for the festival record-breaking $22 million deal for Palm Springs.

Check out the Shirley trailer above.