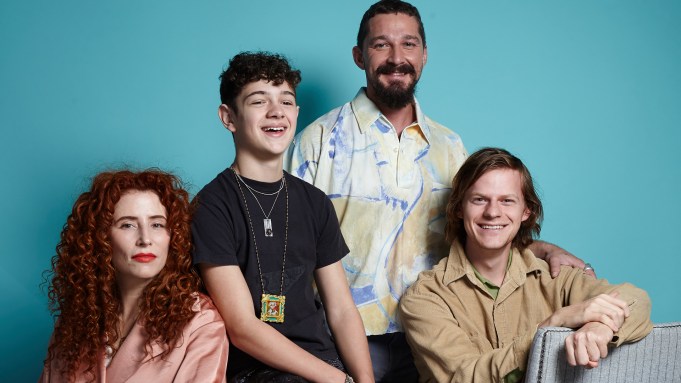 In a touching panel at Deadline’s recent The Contenders London awards-season event that went beyond the subtext of Honey Boy, Shia LaBeouf held court with director Alma Ha’rel, and his co-stars Lucas Hedges and Noah Jupe, on the subject of being a child actor and finding balance in your life.

The film was written by LaBeouf as a court-ordered exercise to help with his PTSD, this after he was arrested following a car crash with LaBeouf at the wheel. “I started writing out what the disco ball of my pain was, and reaching my hand into all the dirty parts,” he said onstage at the Ham Yard hotel about the genesis of the screenplay.

The result is a look at LaBeouf’s tumultuous life as he was emerging as a breakout Disney Channel star, and the circumstances that led to anger and rebellion. LaBeouf plays his father, the paid chaperone/father with his own demons, who was responsible to bring the young actor to work and back.

Hedges and Jupe started their careers very young and had their own thoughts on trying to figure out their own identities while they were paid to play characters drawn by screenwriters.