Continue to Deadline SKIP AD
You will be redirected back to your article in seconds
Skip to main content
July 3, 2019 9:09am 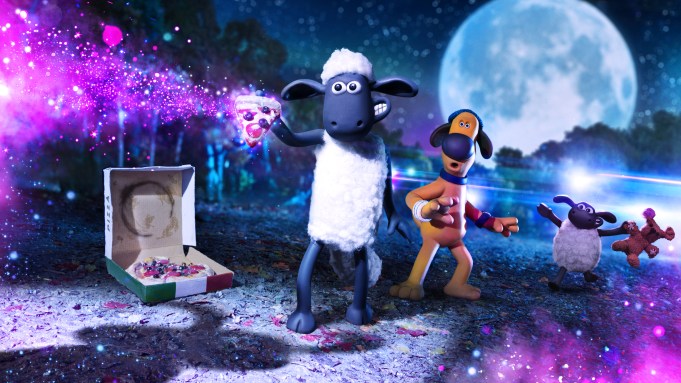 The new trailer for Farmageddon – a Shaun the Sheep Movie – is altogether sweeter than the slightly spookier one released just before Christmas. While that one had a Close Encounters vibe, this preview of the popular kids franchise seems more along E.T. lines, candy included.

Shaun The Sheep Movie: Farmageddon is the sequel to Aardman and Studiocanal’s 2015 box office hit which took more than $100M global. Per the logline: strange lights over the quiet town of Mossingham herald the arrival of a mystery visitor from far across the galaxy, while at nearby Mossy Bottom Farm, Shaun’s mischievous schemes are continually thwarted by exasperated farmer Bitzer.

Farmageddon introduces the new character LU-LA, the alien who crash lands near Mossy Bottom Farm. She has “magical alien powers, irrepressible mischief and galactic sized burps,” all showcased in in the new trailer.

Studiocanal is co-financing and will distribute in its own territories, the UK, France, Germany, Australia and New Zealand in autumn 2019. Directors are Richard Phelan and Will Becher; writers are Jon Brown and Mark Burton; producer is Paul Kewley; executive producers are Mark Burton and Richard Starzak, Peter Lord, Nick Park and David Sproxton.