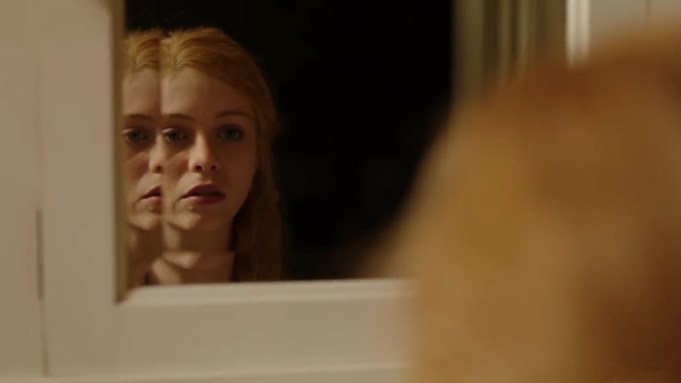 There is a solid core to Sharp Objects, but HBO’s July 8-debuting adaptation of Gillian Flynn’s 2006 novel takes an insular small-town slow-burn approach that borders on abandon-ship annoying.

Eventually the pace of Amy Adams-led eight-episode tale matches the nature of the drama, but it really takes a long, long time to get there, as I say in my video review above.

Part of that might be the belief that sheer pedigree will keep you watching the mystery of a troubled but dogged big-city reporter returning to the Missouri hamlet of her birth to investigate the murder of two girls. There certainly are a number of bright stars in Sharp Objects from Gone Girl author Flynn, who pens and co-pens a trio of episodes, the almost universally acclaimed Adams. There’s also former UnReal boss Marti Noxon, Big Little Lies director and Oscar nominee Jean-Marc Vallle and a typically top-notch Patricia Clarkson as the hard, anger-soaked mother to Adams’ Camille Preaker.

Additionally, along with Chris Messina as a slick-ish detective, there’s Eliza Scanlen as Camille’s half-sister. The Home and Away alum is really the revelation here, both in the story and in her talent.

Yet, unlike the refreshing brevity of Amazon’s recent fat-free three-parter A Very English Scandal, Sharp Objects initially is dulled by wringing eight hours out of the roughly 250-page book on which it is based. Less surely would have been more on HBO in this case.

As you get ready to dive into the July 4th holiday, take a look at my video review of Sharp Objects to see more of what I think of the HBO limited series. Will you be tuning in this weekend?