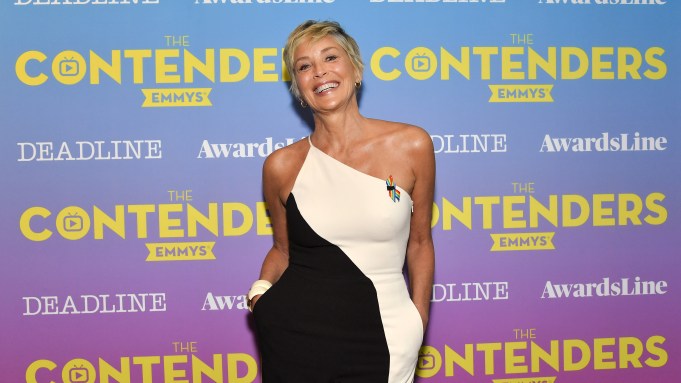 Sharon Stone called Steven Soderbergh one of the “most forward thinking” directors in Hollywood after working with him on HBO’s murder mystery Mosaic. The Basic Instinct star lifted the lid on working with the sex, lies and videotape director during a discussion at Deadline’s The Contenders Emmys event, going so far as to say the way that the notoriously tech-driven Soderbergh shoots on set gives actors the ability to get across an “emotional and visual truth.”

Speaking to Deadline’s Pete Hammond on the DGA Theater stage, Stone said, “It was so liberating to go to work with someone who doesn’t light. He might unscrew an overhead light bulb if you were lucky. I was always the first on set so I could see where the light was coming from. It wasn’t that thing where you have to look marvelous when you’re feeling sh*ty and he allowed me to have that full range of emotional truth and visual truth, which was so refreshing.”

The series follows Stone as Olivia Lake, a children’s author who is murdered. “It’s a wonderful murder mystery,” she said. “I get killed and the story is about this why and it all takes place in this really interesting world of art in Park City. You have no idea who killed this woman or why and she’s a very complex and very very real character; it’s almost a documentary. She’s a character driven by truth and love and confusion and all of the other things we get into.”

The series, which premiered on HBO in January, was originally aired via a specific app where fans can follow Mosaic’s storyline, cast and crew, before being screened as a linear drama.