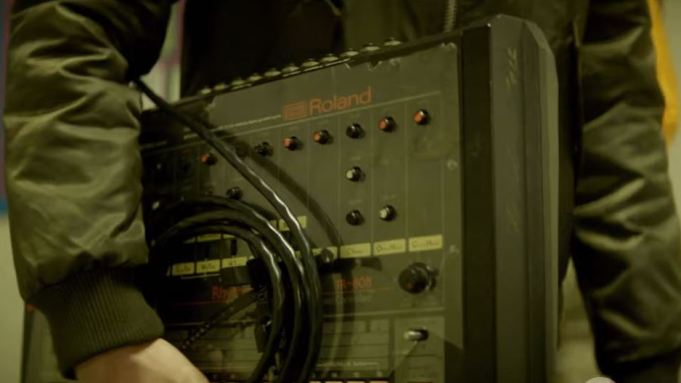 Showtime has set a July 12 premiere date and released the first trailer for Shangri-La, its latest music-fueled documentary series. It hails from Oscar-winning documentarian Morgan Neville, Grammy-laden producer/record exec Rick Rubin and Marwencol director Jeff Malmberg. Check out the first trailer above and key art below.

Here’s the logline for the four-part series: With Rubin’s iconic Malibu studio as the backdrop, the four-part Shangri-La focuses on creative conversation and the emotional side of music-making.

The enigmatic trailer doesn’t give away many details about the docuseries, starting with the words “Allow a different consciousness to enter” and repeating the phrase “look deeper.”

Neville directs the first two parts and Malmberg the latter two. Neville is coming off PGA, Spirit and Critics’ Choice awards for his Mister Rogers documentary Won’t You Be My Neighbor? — having picked up an Academy Award for the 2013 backup-singer docu 20 Feet for Stardom. Malmberg has won multiple awards as the editor of Won’t You Be My Neighbor? and for Marwenol, his first feature directing gig. That 2010 docu inspired last year’s Steve Carell film Marwen.

Since co-founding Def Jam Records in the 1980s, Rubin has produced albums from such popular and influential acts as Beastie Boys, Adele, Jay-Z, Johnny Cash, Eminem, Tom Petty and the Heartbreakers, Justin Timberlake, Black Sabbath, Public Enemy, Red Hot Chili Peppers, Run-D.M.C., Linkin Park, System of a Down  and dozens of others. Among his many Grammys are multiple trophies for Producer of the Year.

New episodes of the docuseries will premiere weekly on Showtime, but all four will be available to stream on the cable net’s app starting July 12.

The Shangri-La news comes hours before Showtime airs the finale of docuseries Wu-Tang Clan: Of Mics and Men.