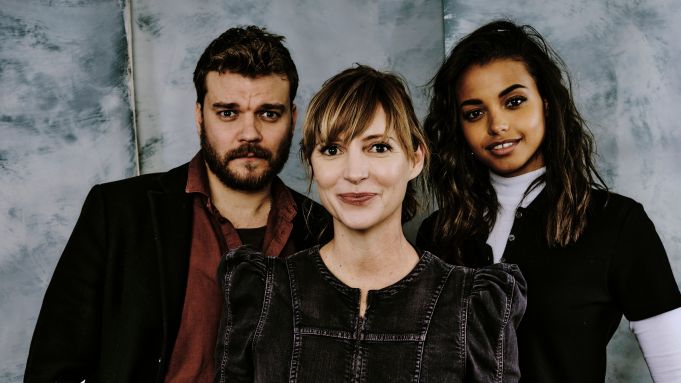 Writer/ director Shana Feste pulls from a terrifying real-life blind date experience for her Blumhouse Productions and Automatik horror feature, Run Sweetheart Run, which is about a woman who is chased on foot through Los Angeles by her psychotic date.

While at Deadline’s Sundance studio with stars Ella Balinska and Pilou Asbaek, Feste shared, “the idea was inspired by a horrible blind date I went on when I was in my early twenties. I went on this date in the Hollywood Hills with this guy who looked great on paper and all my friends were jealous about. We went out to dinner and went back to his house and it quickly turned into one of the worst dates I’ve ever been on and I knew I had to get the hell out of there.”

She continued, “So I just ran out without my shoes on and my little black dress, no phone, no purse. I ran all the way home to West Los Angeles where I was living and it was at night in Los Angeles. I think for any woman, that’s a very horrifying experience and the genesis for real-life horror for me.”

Speaking of horror, Feste also touched on the lack of female representation behind the camera with it comes to genre filmmaking.

“It’s hard for women to work in genre, right? It’s hard to get your first opportunity,” she said. “I’ve been out with genre scripts before and I’ve constantly been told ‘you don’t have experience shooting with people shooting a gun or with violence.'” She gives a nod to Blumhouse and brass Jason Blum for giving her “an opportunity in genre before it was cool to give women an opportunity in genre.”

Click the video above to see the rest of the conversation.