Continue to Deadline SKIP AD
You will be redirected back to your article in seconds
Skip to main content
January 7, 2020 7:28am 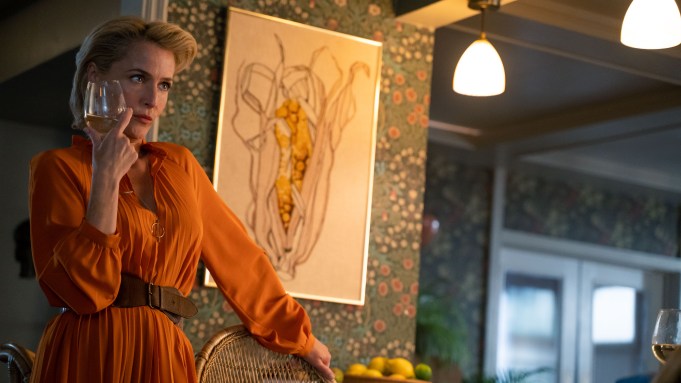 Netflix just dropped a trailer for the second season of Sex Education — and it looks like things are about to get a whole lot more complicated for Asa Butterfield’s protagonist Otis Milburn.

The classroom drama, made by British production company Eleven Film, will return to Netflix on January 17 with Butterfield reprising his role as an unlikely and unofficial sex therapist at Moordale Secondary.

Otis is juggling a new relationship with Ola (Patricia Allison) while his mother Jean, played by Gillian Anderson, is sleeping with Ola’s father, Mikael Persbrandt’s Jakob. Otis is also trying to deal with his now strained relationship with Maeve (Emma Mackey) as Moordale is gripped by a Chlamydia outbreak.

Written by Laurie Nunn, the tagline for the second season is “Life is hard. Love is messy. Messy is normal.”

Season 2 is directed by Ben Taylor, Alice Seabright and Sophie Goodhart. Jamie Campbell, Nunn and Taylor are executive producers on the series.