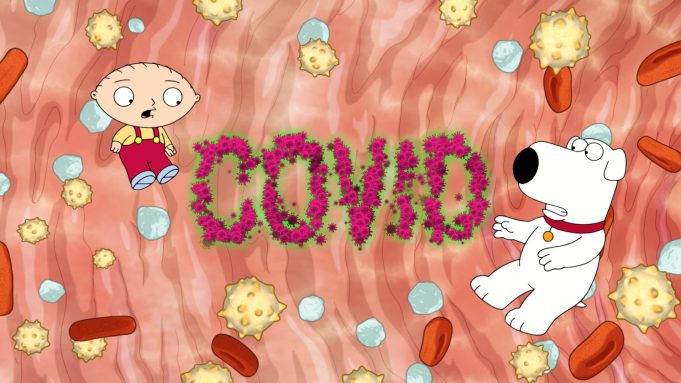 On Monday, Seth MacFarlane and his Family Guy team debuted a new short film, intended to increase public awareness and education about the benefits of the Covid-19 vaccine, as well as vaccines in general.

As the three-minute piece opens, Peter Griffin is at the doctor’s office, debating getting the shot. Subsequently, his precocious toddler Stewie and anthropomorphic dog Brian teleport inside his body to explain the science behind vaccines.

Part of what Stewie wants Peter to understand is that “getting the shot not only protects him,” but also those around him. He also notes the importance of administering vaccines in a timely fashion, warning that if the virus is allowed to spread amongst the unvaccinated, it can mutate into a variant that the vaccines might not protect against. “And then we’re right back where we started: Gal Gadot singing ‘Imagine,'” he deadpans. “We cannot let that happen.”

As in all Family Guy episodes, MacFarlane voices Peter, as well as Stewie, Brian and Dr. Hartman. He led his writing staff in conceiving the short, also inviting a team of scientific experts and epidemiologists into the writing process. The film was a joint production of Fuzzy Door, 20th Television Animation, Fox Entertainment and the Ad Council’s “It’s Up To You” Covid-19 Vaccine Education Initiative.

“We were proud to work with some of the nation’s leading immunologists and epidemiologists on this PSA. And while we never understood a single note they gave us, we took them all,” said Family Guy EP-showrunners Rich Appel and Alec Sulkin.

“With millions of Americans still unsure about getting vaccinated against COVID-19, it’s more important than ever that we have smart, informative and entertaining messages like this that will boost confidence in the vaccines,” added Lisa Sherman, who serves as president and CEO of the Ad Council. “This new work from Seth MacFarlane and the team at ‘Family Guy’ is bringing critical vaccine information to audiences in a fresh and hilarious way that will surely inspire people to take the next step in slowing the pandemic. We are grateful to our partners at Disney and Fox for their passion and collaboration at this pivotal moment in time.”

MacFarlane’s Emmy-winning series returns for its 20th season on September 26 at 9:30 p.m. EDT. For now, though, MacFarlane and co.’s short can be found above.