Continue to Deadline SKIP AD
You will be redirected back to your article in seconds
Skip to main content
June 6, 2018 5:18pm 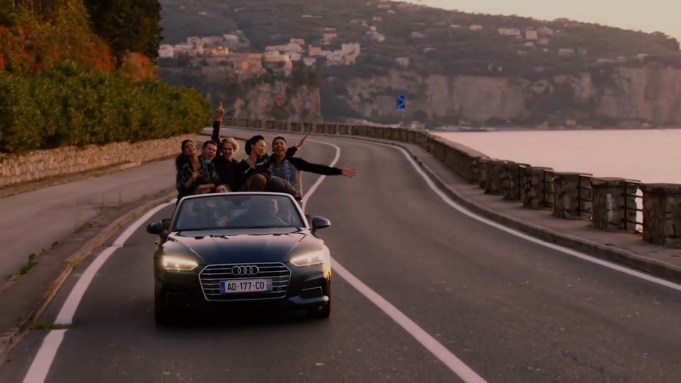 Clocking in at more than two and a half hours, it would be unfair to compare the epic Sense8 finale on Netflix to other series enders. However, as I say in my video review, it is absolutely fair to say that the June 8-launching Lana Wachowski-directed feature finale of sorts is a delicious conclusion to an ambitious global meld of faith, friendship, science, sexuality, tribes and identity.

Having long been an unabashed fan of the feast for the eyes and soul that the series created by Lana and Lilly Wachowski and Michael Stracynski has been since its 2015 debut, I can still tell you objectively that this finale is truly for the fans – as the show itself makes clear. After all, it was the online #BringBackSense8 outcry from the fans that gave this finale life after Netflix canceled the big-budget show a year ago as Pride Month 2017 was starting.

Unlike the energetic but distinctly reductionist Max Irons-led Condor that premieres tonight on AT&T’s Audience and Paramount Network’s entertaining but derivative dramedy American Woman that debuts tomorrow, the Sense8 finale penned by Lana Wachowski, David Mitchell & Aleksandar Hemon stays true to the fan base be being unique and yet so familiar.

Picking up from where the May 5, 2017-released second season cut off, the finale finds the connected eight of Tina Desai, Miguel Angel Silvestre, Jamie Clayton, Tuppence Middleton, Doona Bae, Toby Onwumere, Brian J. Smith and Max Riemelt determined to save one of their own. In the process, there’s some Depeche Mode, the expected international backdrops, loss, a hell of a lot of action, Daryl Hannah, Exorcist alum Alfonso Herrera, some skin, family and love.

The latter proves the deepest and strongest connection of all.

For more of my take on the Sense8 series finale, click on the video above. Will be watching the cluster feast Friday?