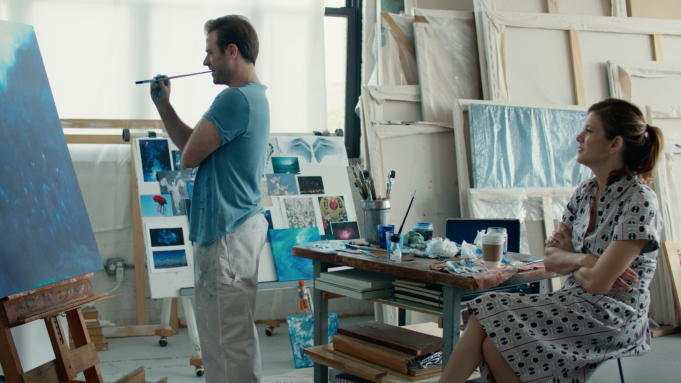 EXCLUSIVE: When someone finally gets into a relationship, it’s great. There’s love, romance and marital bliss — but exactly how long does it last? Is it like milk? Does it have an expiration date? Well, Mike Doyle’s directorial debut, fittingly titled Sell By unpacks all of that in the new exclusive clip featuring Scott Evans and Kate Walsh.

In it, the two discuss the pros and cons of getting married and whether or not it is blissful. More than that, they dive into the dynamics of relationships and if they are even necessary at all.

The film focuses on the relationship between Adam (Scott Evans) and Marklin (Prew) as they reach a five year benchmark. The passion seems to have died down and it forces them to reconcile with each other’s shortcomings while watching their support network crumble around them. Best friend Cammy’s (Michelle Buteau) latest beau checks all of her boxes – if you don’t count that he actually lives in a box; Haley’s (Zoe Chao) student is more interested in studying her than for the SATs; and Elizabeth (Walsh) and Damon (Chaz Lamar Shepherd) – the “stable” ones – are on the brink of divorce after 15 years of so-called bliss. But, in this mess, hope springs eternal as they all muddle their way through to try and make life work.

The film is written and directed by Doyle also stars Colin Donnell (Chicago Med), Christoper Gray (The Society) and the Academy Award-nominated Patricia Clarkson. Sell By makes its US Premiere at Frameline in San Francisco and will make its Los Angeles debut at Outfest July 20.