Netflix’s Ted Sarandos Admits “I Screwed Up Internal Communication” Amid Dave Chappelle Controversy
Read the full story
May 1, 2019 10:04am
1Comments 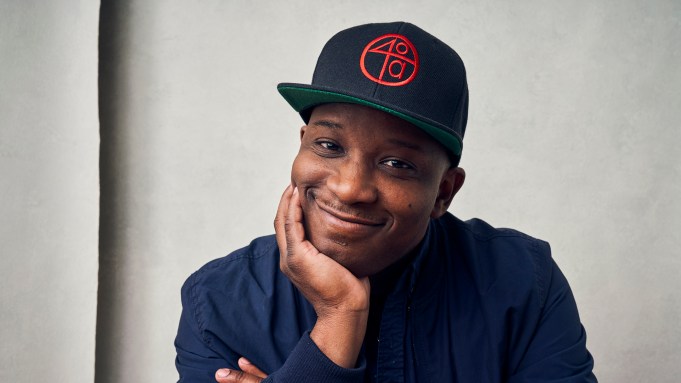 During the summer of 2014, “when Mike Brown and Eric Garner got murdered,” Stefon Bristol came up with the conceit for See You Yesterday, a project which would mark his feature debut.

A time-travel drama underpinned by serious themes—to do with the African-American experience, and the tragedy of racially-motivated police violence—the pic would center on CJ and Sebastian, best friends who build a pair of time machines, in order to turn the clock back and prevent CJ’s brother from being killed.

Finding a mentor in Spike Lee during his time within NYU’s Graduate Film program, Bristol approached the iconic director with the project several years ago, only to have his feature dreams shot down. “He was like, ‘You’re delusional for trying to do it so quickly,’” Bristol recalled recently in Tribeca, “and my other professors pushed me to do a short film first, because I wasn’t ready to do a feature film, because all my previous shorts weren’t strong enough.”

Screening each of his NYU shorts for Lee, from first to last, Bristol often came up against this kind of brutal honesty, which was never easy to take in. “There was one film I did, particularly—he hated it. He called it trash, he called it unoriginal, and I left that meeting crying,” the director admitted. “I didn’t want him to ever say those words again.”

In the end, Bristol came to appreciate the criticism. Digesting it in earnest, the up-and-comer saw his work improve. Taking Lee’s advice, he ultimately made See You Yesterday as a short in 2017, which would serve as his NYU thesis film. Just two years later, the feature version was also brought to fruition; premiering at the Tribeca Film Festival on Friday, the film will subsequently come to Netflix.

In conversation with Deadline, Bristol discussed the lessons he took from Lee, as a student, and while watching “the master at work,” as one of his assistants on the Oscar-winning BlacKkKlansman.“One is to believe in yourself, because no one else is going to believe it for you, and just [to] have a strong work ethic,” he shared. “You have to get up every morning, ready to be a beast.”

The director also offered his thoughts on Netflix, at a time when some have come to view the streaming service as the enemy—an antagonist to the theatrical experience’s future. “To all the haters of Netflix, y’all crazy,” Bristol joked. “Netflix is a great platform for first-time filmmakers like myself, and also as a young black man trying to make it in America, I needed that help.”

For more from our conversation with the up-and-coming director, take a look above.