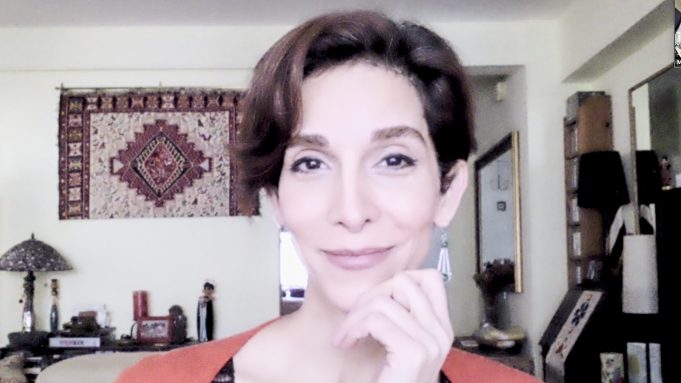 With See You Then, writer/director Mari Walker fulfilled a dream she’d been holding on to since high school, bringing her first feature film to fruition.

Co-written by Kristen Uno, the drama centers on Naomi (Lynn Chen) and Kris (Pooya Mohseni), former lovers who meet for dinner, following their abrupt breakup a decade prior, meditating on how their lives have changed in the years since. A key revelation for Naomi, and major point of conversation, is the fact that Kris has transitioned, fully embracing her identity as a woman.

In Mohseni’s first read of the script, it immediately resonated. “The first thing I really liked was that these characters were written with love and authenticity,” the actress shared, in conversation with Walker and Chen at Deadline’s virtual South by Southwest Studio. “That’s very important to me, as a trans person of color, that it wasn’t written from a point of view for these characters to be trivialized, or fetishized, or tokenized.”

From the perspective of Chen, the pic was successful—as an emotionally powerful two-hander—largely because of the degree of trust fostered between all of the artists involved. “I think Pooya and I just had an enormous amount of trust in one another,” she said, “as actors playing not against each other, [but] with one another.”

Produced by Walker, Uno, Matt Miller and Mia Schulman, See You Then premieres at SXSW today at 8 am PT.

For more from our conversation with the film’s director and stars, check out the video above.