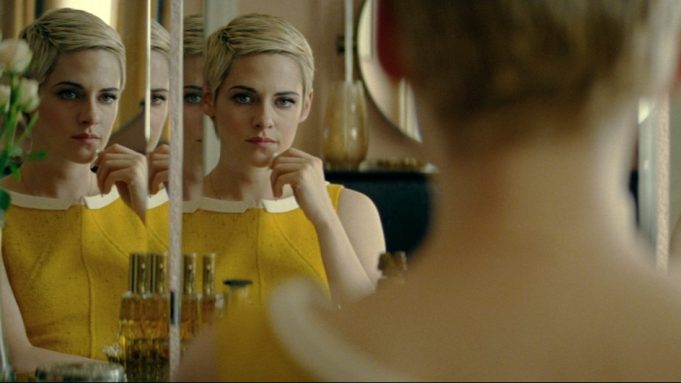 Benedict Andrews directs the thriller that centers on the American actress who spent half her life in France. In the late 1960s, she was targeted by Hoover’s illegal FBI surveillance program COINTELPRO. Because of her political and romantic involvement with civil rights activist Hakim Jamal (played by Anthony Mackie in the film), she was also a target of the FBI’s attempts to disrupt, discredit and expose the Black Power movement. Seberg, who was born 81 years ago today, died at the age of 40 in what was deemed a probable suicide.

The powerful trailer packs in glimpses of how Seberg responded to being that New Wave darling (“They fell in love with the character, they get me instead”) and moved on to become an activist who was “pushed too hard” by the FBI. Says Stewart as Seberg, “To defame somebody who speaks out against their government is a type of persecution.”

When Stewart and I spoke ahead of the Venice Film Festival out-of-competition premiere in August, she shared her thoughts on Seberg the woman and how her views would be accepted or not today. “Jean currently would probably have more of a crew to substantiate these ideas. I think that now the political climate doesn’t leave much room for middle ground, so I’d like to say she would fare better.”

Here’s a look at the latest poster: