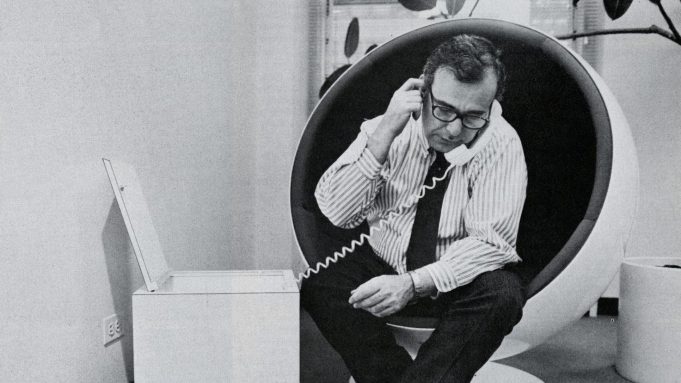 EXCLUSIVE: Here’s your first trailer for producer-distributor Ira Deutchman’s documentary Searching For Mr. Rugoff, which chronicles the colorful history of impresario of art film, Donald S. Rugoff, who ran a chain of legendary theaters in New York including the Paris Theater, where the film will play.

The well-received film, which had its world premiere at Doc NYC in 2019, will be released in theaters on August 13. In the spirit of its subject, all proceeds from the release will be donated to the not-for-profit art house theaters presenting the film across the country.

Directed by long-time indie film producer and distributor Ira Deutchman (the former head of New Line’s Fine Line label), the documentary tells the story of the “crazy genius” behind the mid-century theater chain and film distribution company Cinema 5, who kicked art films into the mainstream with a combination of outrageous marketing schemes and pure bluster. In the film, Deutchman, who once worked for Rugoff, sets off to find the truth about the man who had such an impact on his life but had become a virtually forgotten figure.

In addition to operating a chain of iconic art house theaters, Rugoff distributed such films as Putney Swope, The Sorrow And The Pity, and Monty Python And The Holy Grail. He pioneered aggressive Oscar campaigns for independent and international films, culminating in multiple nominations, including Best Picture for Z, and Best Director for Lina Wertmuller, the first woman nominated in the category.

The release of the film on August 13 will include playing at New York’s storied Paris Theater, which was booked and managed by Rugoff from 1959-1979. It will also play at the IFC Center in Greenwich Village.

“When I made the film, there was a perception that movie theaters were in trouble due to the rise of streaming. Now, the pandemic has magnified things, literally creating an existential crisis,” said Deutchman. “My original intention was to highlight the majesty of the theatrical experience in an entertaining way, but given where we are right now, the story has become all the more poignant. Independent art houses need our support to survive. Hopefully this release will jumpstart those efforts by reminding people that seeing a movie in a theater is a completely different experience than seeing it on their couches.”

As head of Fine Line Features between 1990-1995, indie vet Deutchman released movies including Hoop Dreams, The Player, Short Cuts, Night On Earth and My Own Private Idaho.