DGA Says They Won't Be First Guild To Bargaining Table: "Studios Are Not Yet Prepared To Address Our Key Issues"
Read the full story
December 22, 2021 12:20pm 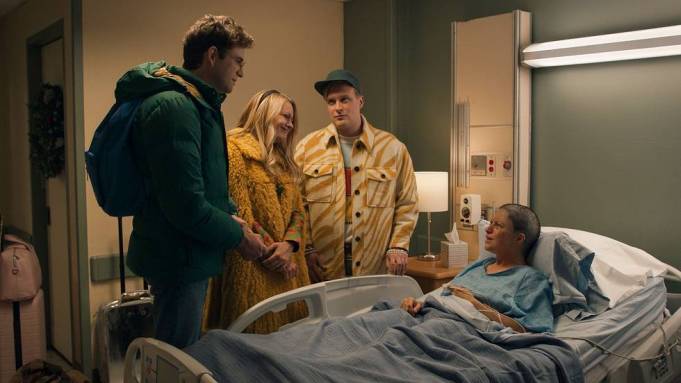 After a fiery near-death experience, Dory enters the Age of Aquarius in the Season 5 trailer for HBO Max’s Search Party.

“I died, and then I came back, I can see the world so clearly now,” Alia Shawkat’s Dory Sief claims. “I see through the lies and the illusions.”

The latest look at the series’ final chapter, scored by The 5th Dimension’s trippy number, sees Dory take on a new chapter of life to spread a revolution of love, teaming with tech billionaire Tunnel Quinn (Jeff Goldblum) and roping along her ever-loyal friends.

Set to premiere January 7, Search Party Season 5 finds Dory entering a very public business partnership with charismatic tech billionaire Quinn on the other side of her near death experience. Dory folds her old friends into the venture as they embark on an altruistic but terrifying journey.

The trailer also teases a new chapter for Chantal (Clare McNulty) with a conspiracy theorist played by Kathy Griffin, more questions about truth and reality, and an impending “great danger.”

“Good luck to us all,” says Goldblum’s Tunnel Quinn.