Continue to Deadline SKIP AD
You will be redirected back to your article in seconds
Skip to main content
August 24, 2021 5:49pm
17Comments 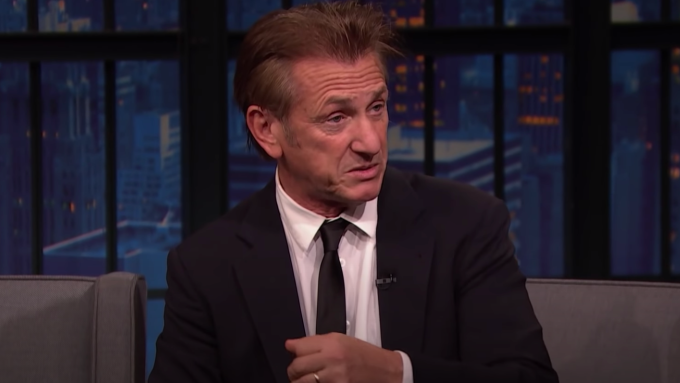 Sean Penn, who has been a vocal supporter of the Covid-19 vaccine and established emergency non-profit CORE, is bringing his attitude about the coronavirus to his Flag Day release strategy.

On Monday, Penn appeared on Late Night with Seth Meyers to promote his upcoming film Flag Day. The film, adapted from Jennifer Vogel’s memoir Flim-Flam Man: The True Story of My Father’s Counterfeit Life, sees Penn act alongside his daughter Dylan Penn. Flag Day follows Vogel (Dylan Penn) across two decades as she comes of age while navigating a fraught relationship with her beloved, career criminal father. As excited as the director-actor may be about bringing his project to the big screen, he says that those seeing Flag Day in theaters should be fully vaccinated.

“I’d ask, that as much as I want people to go to the theater, I really only want people who are vaccinated and safe for themselves and each other to go,” he told Meyers.

Penn, who prefers watching films on the big-screen as opposed to streaming, himself; has previously stood firm in his stance on vaccination mandates. In July Deadline learned exclusively that Penn will require that everyone on the set of his upcoming series Gaslit is fully vaccinated.

His requirements come as the delta variant continues to spread in parts of the United States and throughout the globe. Just days before his Late Night appearance, Penn told CNN host Michael Smerconish that being unvaccinated amid the Covid-19 pandemic is like “pointing a gun in somebody’s face.”

Whether or not audiences listen to his message about theatrical screenings, is out of Penn’s control. Though he insists that the movie was made for the big screen and doesn’t warrant “the convenience of the small box,” he shared that Flag Day will eventually stream. He also acknowledged that there are some viewers with no interest in catching the film at all.

“The people who aren’t vaccinated probably aren’t interested in my movies anyway,” he quipped.

He spoke to Meyers about working alongside his children for Flag Day, joked about how the film is a ploy to spend more time with his daughter and son and more. Watch the full segment above.