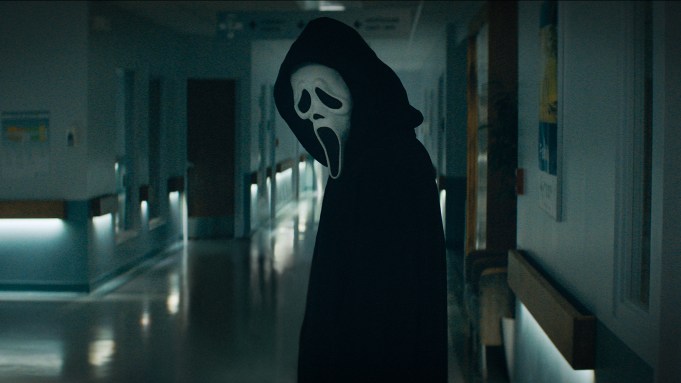 Scream won’t be in theaters until just after Christmas, but Paramount and Spyglass Media have released a treat just before Halloween: A trailer for the film that sets up the return of Ghostface, or someone continuing his legacy, who squares off against his old (and very familiar) archenemies.

“It’s happening,” says Arquette’s Dewey following some graphic scenes of Ghostface violence. “Do you have a gun?”

“I’m Sidney Prescott,” responds Campbell. “Of course I have a gun.”

The movie is directed by Matt Bettinelli-Olpin & Tyler Gillett, with a script by James Vanderbilt & Guy Busick based on characters by Kevin Williamson. Producers are William Sherak, James Vanderbilt, and Paul Neinstein.

A Paramount Pictures and Spyglass Media Group presentation of A Project X Entertainment Production, the Radio Silence Film hits theaters Jan. 14, 2022. Check out the Scream trailer above, and the new poster below.