Continue to Deadline SKIP AD
You will be redirected back to your article in seconds
Skip to main content
July 25, 2018 7:07pm
9Comments 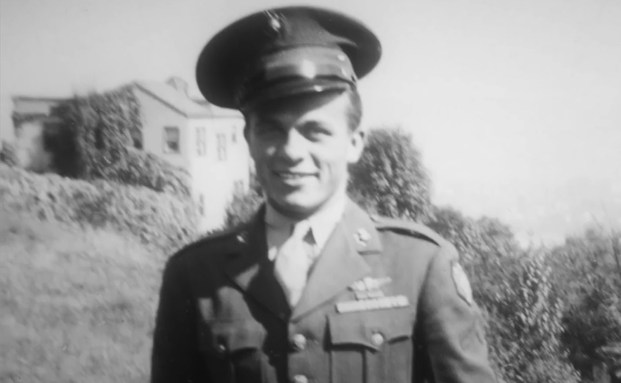 If you are looking for a nice, purified documentary about stars of Hollywood’s Golden Age you can stop reading right now.

Scotty and the Secret History of Hollywood is an utterly unfiltered look at the sexual proclivities of some very famous people (now all dead) as seen through the eyes of Scotty Bowers, an ex-marine in WW2 who came back to a thriving business at a Hollywood Blvd gas station in the 1940s and ’50s where stars got more than their cars “serviced.”

From director Matt Tyrnauer (Citizen Jane, Valentino: The Last Emperor, Studio 54), and told through the stories and memories of Bowers who is still going strong at age 95, this is the pre-TMZ Hollywood where discretion, not the Internet, was the rule of the day and stars could be assured that Scotty would keep their sexual secrets safe. That he did, and for decades he refused to tell his story until they had all passed on, only finally writing a book in 2012 appropriately called “Full Service: My Adventures in Hollywood and the Secret Sex Life of the Stars” that was a tell-all to end all tell-alls if you ever wonder what happened with the likes of Hepburn and Tracy, the Duke and Duchess of Windsor (!), Cary Grant, Charles Laughton, Walter Pidgeon, and on and on once the doors were closed. It is also revealed that Scotty never took a dime for making introductions for these stars to his stable of willing and young hustlers who, like Scotty, offered up themselves for a little fun outside of the soundstage. He made most of his money serving drinks as an in-demand bartender at hot parties. Of course, this was all in an age before AIDS and that is addressed here as well, in addition to the advent of gay marriage. There is a touching sequence with Scotty as that Supreme Court decision was announced.

No less than the late Gore Vidal endorsed the book and his friend Scotty who he said never lied, even if the stars he talks about might have. It is an entirely credible story because Scotty is so matter-of-fact about it all, has lots of visual support for his tales, credible eyewitnesses who like the man himself are knocking on 100, and an attitude of free sex and swinging both ways for which he feels there is nothing to be ashamed. It’s his simple honesty about all of that life he once lived that helps you believe this is more than just another Hollywood character lost in his reveries. Tyrnauer only uses the book though as a starting point while also showing Scotty in his current life, married to Lois for 30 years and living in a Hollywood Hills home that might look perfect for an episode of Hoarders. The guy never throws anything away and openly encourage skunks, coyotes, and raccoons to come visit. In other words, he is a true character, but as the movie takes the clothes off the stars, it also unmasks the remarkable life lived by Scotty Bowers whose only daughter died young after a botched abortion, who claims he once did a three-way with Lana Turner and Ava Gardner, who still trolls around town looking for abandoned toilets, and who once was a prime subject for the sexual studies of none other than Alfred Kinsey and the infamous Kinsey Report.

Along the way there are first-person interviews with those who know Scotty’s story including British raconteur and actor Stephen Fry, authors of various star bios, Deadline’s own Peter Bart, and numerous others including his wife Lois who is something of a saint due to her love for her husband but also rather charmingly does not want to know what he did in his previous life. Wait until she sees this movie! All of these on-camera participants give credence to, as I say in my video review above, a highly entertaining and informative look behind the curtains of Hollywood, particularly the one that once tightly controlled access to its movie stars and their private lives. Tyrnauer has filled his film with lots of Hollywood memorabilia, memories, revelations, and most of all, a true hidden legend of the lore of this fascinating town. Greenwich Entertainment opens the film, where else, in Hollywood on Friday, followed by a national rollout.

Do you plan to see Scotty and the Secret History of Hollywood? Let us know what you think.