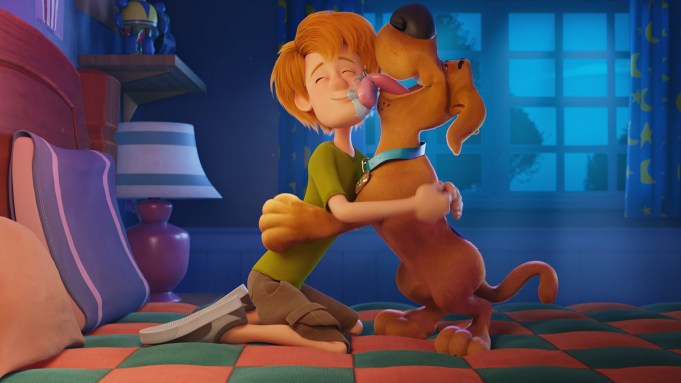 Ever wonder how Shaggy met Scooby? This trailer for next summer’s Scoob is for you. Who knew there was an origin story?

With the old Scooby-Doo’s characters’ looks updated but still recognizable as the ’70s cartoon classic versions, the trailer for director Tony Cervone’s feature version – a Scooby first – offers a look at the characters’ 21st Century looks (while also flashing back to that Shag-Scoob meeting).

Official plot summary of the Warner Bros. film: “Scoob!” reveals how lifelong friends Scooby and Shaggy first met and how they joined with young detectives Fred, Velma and Daphne to form the famous Mystery Inc. Now, with hundreds of cases solved and adventures shared, Scooby and the gang face their biggest, most challenging mystery ever: a plot to unleash the ghost dog Cerberus upon the world. As they race to stop this global ‘dogpocalypse,’ the gang discovers that Scooby has a secret legacy and an epic destiny greater than anyone imagined.