Continue to Deadline SKIP AD
You will be redirected back to your article in seconds
Skip to main content
June 25, 2021 8:00am 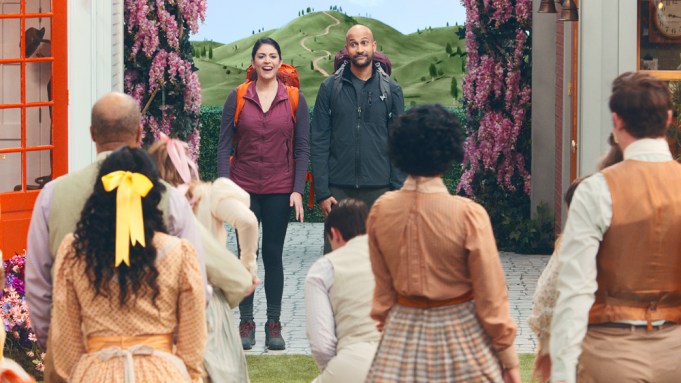 Apple+ has unveiled the official trailer for Schmigadoon!, a comedy musical starring Keegan-Michael Key and Cecily Strong as a couple whose relationship is on the rocks.

Set to bow Friday, July 16, the six-episode musical comedy follows Josh (Key) and Melissa (Strong) who, when their backpacking trip goes wrong, discover a magical town living in a 1940s musical. As spectacular and entertaining the candy-colored sets and grand musical numbers of Schmigadoon may be, Josh and Melissa can’t leave until they find “true love.”

From Broadway Video and Universal Television, a division of Universal Studio Group, Schmigadoon! is co-created by Cinco Paul and Ken Daurio. Cinco Paul serves as showrunner, and wrote all of the original songs for the series. Barry Sonnenfeld directs and executive produces. In addition to starring, Cecily Strong serves as producer, and Ken Daurio serves as consulting producer and writer. Andrew Singer executive produces with Lorne Michaels on behalf of Broadway Video.

Watch the official trailer above.