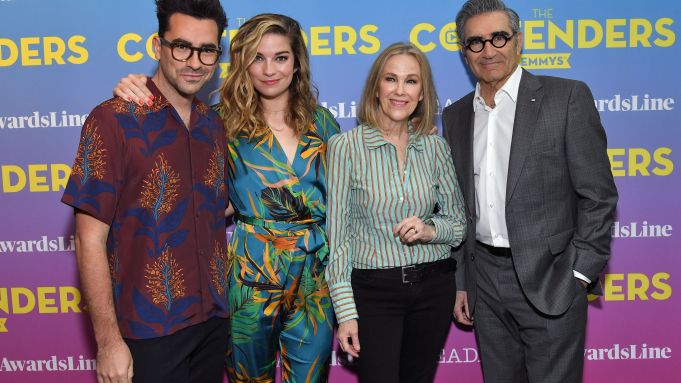 Four seasons ago, Pop TV comedy series Schitt’s Creek began with a compelling fish-out-of-water premise. Following the wealthy Rose family and their life of excess, the series really got cooking when they all went broke, resulting in them moving to a run-down town they once bought as a joke.

While this conceit is essential to the series, for co-creator and star Daniel Levy, the show has always been about love. “It’s been about leaving them in this town to realize what is truly important. That was really the thrust of the show from the very beginning, and fortunately, you can tell so many stories about love,” he told TVLine’s Michael Ausiello last month during the comedy’s panel at Deadline’s The Contenders Emmys. “It presents itself in so many different iterations. That’s been what the joy has been for us, to continue to reveal that to these characters.”

Co-creator Eugene Levy, appearing on the panel with his son as well as co-stars Catherine O’Hara and Annie Murphy, discussed Schitt’s Creek as a place of inclusivity, emblematic of the series’ values.

For more from the cast of the series—as they discuss Moira (O’Hara)’s wigs and a sibling relationship crafted seamlessly for the screen—click above.