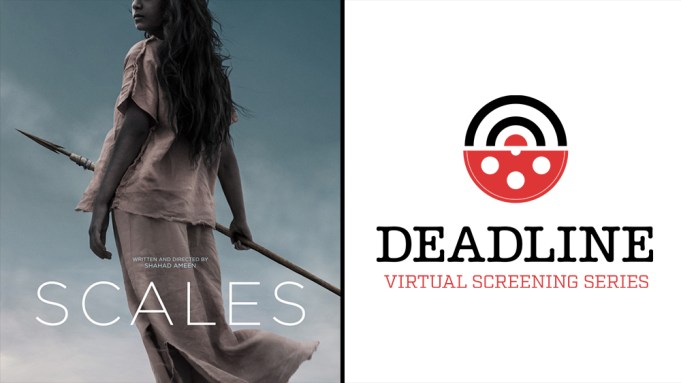 The fact that Saudi Arabia did not even open its first cinema until 2018 did not hamper the ambitions of female filmmaker Shahad Ameen, who studied in the UK and the U.S. but always remained determined to bring her culture to the big screen.

“When I decided I wanted to be a filmmaker it was when I was 10, and it wasn’t because I was influenced by American cinema,” she recalls. “I watched this Syrian soap opera and I loved it…. it didn’t have the production value or the story structure but it had our soul and our spirit, and the characters spoke Arabic and they looked like me.”

“Even when I was studying in Europe and the U.S. I was always writing Arabic stories,” she continues. “I don’t think anyone needs me in Hollywood or Europe, but I know for sure Arab stories need to be told. I get angry when people don’t know about our stories. That’s my passion, obligation and responsibility, to tell these Arabic stories that mean something to me.”

Her debut feature Scales – about a poor fishing village governed by a dark tradition in which every family must give one daughter to sea creatures – is the first step in realizing that dream. The film is Saudi Arabia’s submission for the International Oscar race this year.

Based on a short film that Ameen previously made, the director says she “never thought” that she would get funding for a feature version, instead focusing on helming commercials and music videos. Middle East powerhouse Image Nation stepped in to fully finance the project, however, and the completed feature had a triumphant premiere in Venice.

“Seeing the reaction in Venice was incredible, I couldn’t have expected it to go any better,” says Ameen.

Asked if that international reaction to Scales opened doors for her, the filmmaker says it did, but she remains focused on telling her stories.

You can watch the full interview at the top of this page.