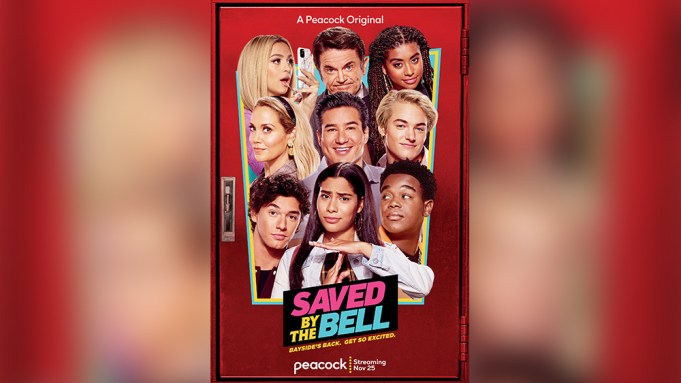 Peacock’s Saved by the Bell has dropped a trailer that’s as fresh as the reimagining itself. The trailer for the NBC streaming platform’s original title gives Saved by the Bell fans, both new and original, a first look into the updated, quirky world of Bayside High.

The trailer kicks off with Alycia Pascual-Peña’s Aisha and Haskiri Velazquez’s Daisy in a school bus en route to the iconic television high school. But upon their first minutes at Bayside, they realize things are far from what they’re used to. “Why is everybody so rich?” asks Aisha as Mitchell Hoog’s Mac parks his red Corvette.

After getting a glimpse at the new members of the Bayside family, the trailer gives viewers a look at Mario Lopez’s A.C. Slater and Elizabeth Berkley Lauren’s Jessie Spano.

“We all want these new kids to feel welcome. It’s not going to work unless we get to know them,” says Jessie.

Upon feeling alienated from her affluent peers, Daisy confronts the Bayside legacies, calling them out for their limited perspectives.

The trailer sees a return of the go-to grub spot The Max, as well as its quirky staff and regulars. The teaser also shows a collection of parties, performances and cast reunions only a true Bayside Tiger could love.