Continue to Deadline SKIP AD
You will be redirected back to your article in seconds
Skip to main content
February 3, 2020 9:25am
1Comments 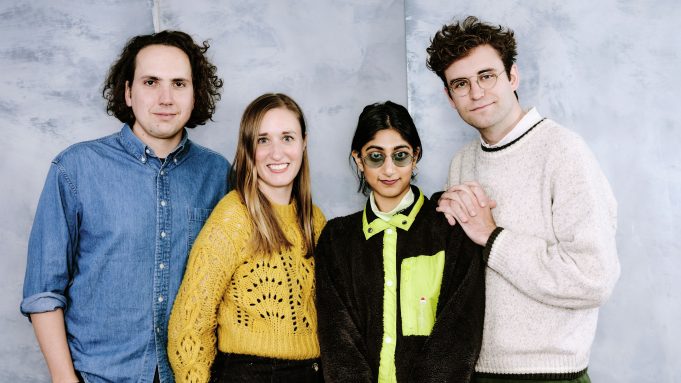 When actress Sunita Mani read the script for Save Yourselves!, the first feature from writer/directors Alex Huston Fischer and Eleanor Wilson, she was impressed by a premise that was remarkably funny and clear.

“I find that to be so hard to do, to just sort of nail it and riff, and [have] it be an entertaining, fun, good idea,” Mani told Deadline in Sundance. “[Alex and Eleanor] are some of my dear friends, so I was very open to it, and already admiring.”

A high-concept sci-fi comedy infused with millennial critique, the film centers on Jack (John Reynolds) and Su (Mani), a young Brooklyn couple that heads upstate to disconnect from technology for a bit. Without phones at their side, the pair misses the news that the planet has come under attack by alien invaders.

“We just liked the idea of, ‘Truly, what would you do?’” Wilson said, while sitting down at our Park City studio with Fischer, Mani and Reynolds.

“And just the fact that we would fail so badly in that situation was where all the jokes came from,” Fischer added.

For the directors of Save Yourselves!, part of the challenge of directing the film came with the use of old-school special effects. “We had to make sure that worked, which took a lot of prep,” Fischer shared. “That was hard, but the most fun, and now the most rewarding by far.”

The other major challenge for the pair was editing a feature-length film for the first time. “Neither of us were used to seeing a feature-length rough cut of a thing. It was like, ‘Wow, there are so many scenes to get through here,’” Wilson remarked. “It’s just a lot of movie.”

For more from our conversation with the directors and stars of the Sundance comedy, click on the video above.